In the early 1980s, archaeologist Paul Bahn brought a group of visitors to the Pech Merle Museum of prehistoric art in the Lot valley, which at the time was curated by Michel Lorblanchet, a leading authority on Palaeolithic art. Some 30 years after that first meeting the idea for their book 'The First Artists: In Search of the World’s Oldest Art' was born. Here, these two leading lights discuss the oldest and, arguably, greatest art of all.

How and when did your interest in Palaeolithic art develop?

Michel Lorblanchet: I was interested in prehistoric art in my youth. When I was 15, I was already a speleologist looking for wall paintings in my area, which is full of caves. Since school it was my ambition to become a prehistorian.

Paul Bahn: My acquaintance with Palaeolithic cave art began in June 1963 when, at the age of nine, I heard the exciting story of the discovery of the art in the Volp caves (by the Bégouën brothers in 1912/1914) in a BBC radio broadcast. A more decisive influence was at Cambridge University where, during my first undergraduate supervisions with Eric Higgs, I was held spellbound by his tales of visits to the caves of France and Spain.

Many might come to the book expecting it to be exclusively about parietal art. But much of the book is about earlier stirrings of the aesthetic impulse in our ancestors through tools and carvings. Why do you think the aesthetic instinct first manifested itself?

ML: I never believed that prehistory is just the history of man as a toolmaker trying desperately to adapt to his changing environment. Man can be defined by his creations. It all began when Homo habilis started to knap stones for days, weeks and months to finally obtain a ball, a “polyhedron”. He was able to make beautiful objects just for pleasure. Art was born.

Sprayed dots on the ceiling of the Combel gallery at Pech Merle (Lot, France).

How easy is it to see original work and to what extent are parietal works now blocked off and exhibited through the medium of copies?

PB: There are still about 50 original Ice Age decorated caves and rock shelters that can be visited, primarily in France and Spain, as well as some of the open-air engravings in Portugal and Spain.  The caves open to the public still include some of the finest, plus there are outstandingly good facsimiles of others.

ML: The basic aim of the facsimiles is good, but they have industrialised cave art tourism, leading many thousands of visitors to believe that [famous caves such as] Chauvet and Lascaux deliver everything that needs to be known about rock art. They should understand that the original caves are the first sanctuaries of mankind and that it is a privilege to be allowed to visit them.

What is your own favourite site of early art, and why?

ML: My favorite site of early art is Gum Tree Valley in Dampier, Western Australia, with thousands of carved rocks associated with tools of old stone tradition and shell middens. My excavation and study of the carvings show long continuous occupation of the site, first by Pleistocene kangaroo hunters some 22,000 years, then by tribes living off the sea. Many carvings were often reengraved through thousands of years.

PB: This used to be an impossible question to answer, but since 2003 I can say Creswell Crags, not far from Sheffield. That is where I found Britain’s only Ice Age cave art, and it too is open to the public. The cave of Church Hole contains two or three world-class figures (engravings and bas-reliefs) including the only ibis in cave art.

Do you believe that the early artists have something to teach artists of today?

ML: Many current artistic developments have their analogues in prehistory. The ways prehistoric people played with natural forms, colours and odd stones have equivalents in today’s art. Prehistoric art is not only naturalistic, it’s also schematic, symbolic and abstract. It is a complete art, the art of the volume and the art of the surface as well. In some French caves I discovered geometric signs which Picasso used without knowing that he was symbolising woman in the same manner as his ancestors did 30,000 years ago.

PB: They mastered every technique they tried, and produced some of the greatest masterpieces ever seen. Yet, tragically, prehistoric art is generally ignored in art history courses. They may begin with a token image of Lascaux or Altamira, but then they are off to the classical world.  This needs to change, as there is fantastic rock art all over the world, from every period of prehistory. 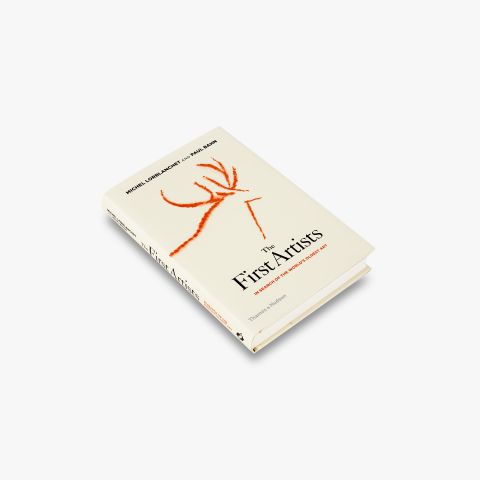