The tender truths behind Raymond Briggs's The Snowman

Raymond Briggs’ creation has become a staple of Christmas entertainment, but what makes the story so powerful is its message of transience.

Raymond Briggs is not a fan of Christmas. Speaking on Desert Island Discs, the illustrator, artist and self-identified “miserable git” made no concessions to festive cheer. “I’d like to go down into an Anderson shelter and wait for it to blow over”, he said.

The curmudgeonly stance is somewhat surprising, given that Briggs bequeathed two of the most beloved staples of the Christmas season: Father Christmas (1973) and The Snowman (1978). The books secured Briggs’ fame, winning him popularity not only in his native Britain but around the world. The Snowman, in particular, spawned a global cottage industry. The animated film, with its soaring musical centerpiece Walking in the Air, was released in 1982, winning a BAFTA and retaining a prime slot in the Channel 4 Christmas calendar. Images from the book have graced Royal Mail stamps and a 50 pence coin, not to mention a mountain of spin-off merchandise.

But Briggs shies away from the sparkle and celebration. For all his wit – and his famous Fungus relish in snot and slime – a tender, melancholy strain aches through his illustration. Grief, love, class, family, and a searing nostalgia for lost places and people are the constant of his work.

Many of these themes coalesce in Briggs’ depictions of his parents: Ernest, a milkman, and Ethel, a former lady’s maid. Their lives – and their aspirations for their son – left Briggs with a lifelong sensitivity for working class experience, and a painful sense of the distance that social mobility can hollow out within a family.

With Father Christmas, Briggs took his cue from the “Father” and based his Santa Claus directly on Ernest. His book not only raised the profile of comic strip storytelling in Britain, but also drew attention to the daily grind of working class life. Neither a simple, jovial benefactor nor a bearded quasi-saint, Briggs’ Father Christmas toils through the cold and rain, ground down by his long hours and heavy load.

Gone is the North Pole factory. Gone is the production line of elves, and all but gone is Mrs. Christmas, aka Mary Claus, who features only in a frame on a wall. Instead, Briggs has Father Christmas operating alone, out of a regular London home, based on his parents’ house. With his meticulous eye for detail, he embeds this working man Santa in domestic detail, routine, and his own idiosyncratic vocabulary. We see his alarm clock, his non-electric kettle, and we see him on his outside loo. We see him feeding his reindeer, his cat and dog, and collecting eggs from the hens. We know he wears long-johns under his trousers, does the washing up at the sink, and that he likes to say “blooming” a lot.

Father Christmas came out in 1973. For Briggs, the evocation of his father and childhood home was, at that time, particularly poignant. He lost both of his parents to cancer in 1971, just nine months apart. Two years later, his first wife, Jean Taprell Clark, died of leukaemia. “It was a dreadful time in my life, beyond belief” Briggs has said. “I just thought, well, what’s the point. You’ve got no mum, no dad, no wife. All gone.”

Those years left Briggs with an abiding preoccupation with frailty, ageing, and mortality — themes that carpet the land of The Snowman.

After the wordiness and slime of Fungus the Bogeyman, The Snowman is characterized by its lightness of touch. There is no text. After the more lurid shades of Fungus, Briggs pared down his palette to white, grey, gentle pinks, mauves, and blues, and exchanged gouache for pencil crayons. The effect is ethereal, almost dreamlike, the pages hushed like a snow-swept landscape. Light receives special attention ­– from the beam of a television to the jewel-like sparkle of Brighton pier.

The snowman himself is characterized by softness – all rounded lines and limbs, floppy hat and weaved woollen scarf. It’s a metaphor as much as a physical form. The snowman who has come to life knows his own fragility. His adventures with the boy include fearful encounters. He dislikes the fire, starts at steam, and balks at a reproduction of Van Gogh’s Sunflowers, which suggest heat.

At the end of the story, the boy wakes up to find the snowman melted. Nothing but forlorn traces remain: a small mound of snow, the scattered stones of his buttons, his floppy hat, his woollen scarf.

It’s an image fraught with grief, and it leaves Briggs’ reader with the message that has haunted his adult life: things pass. “I don’t have happy endings,” he has said of the book. “I create what seems natural and inevitable. The snowman melts, my parents died, animals die, flowers die. Everything does. There’s nothing particularly gloomy about it. It’s a fact of life.”

It’s this matter-of-fact candor that lifts The Snowman beyond the saccharine, and has established its place as one of the most enduring and substantial of seasonal stories. And for all his disdain for the spin-off merchandise, for all his self-styling as a grumpy old man, Briggs has found himself touched by the staying power of his story.

“People often come up to me, in shops or in the street, to say: “Oh, Mr Briggs, I just have to say how much we love your books! Our children had them, and now our grandchildren are reading them.” It’s staggering. It almost brings me to tears. To know your books have been loved across two generations is the biggest compliment an author can have.” 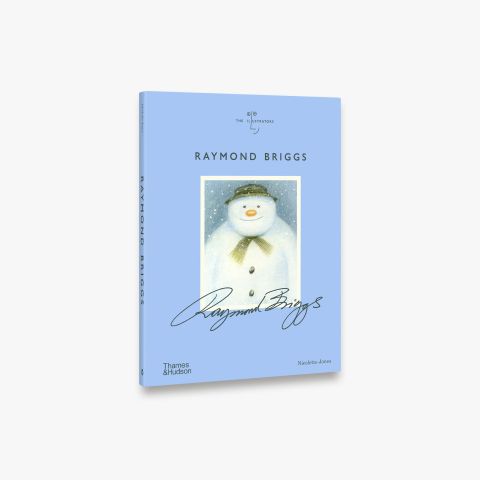