The ‘marvellous instability’ of Marcel Duchamp

Gender rebel, anti-artist and master of subversion. This extract from 'Marcel Duchamp (World of Art)' offers an extraordinary glimpse inside the defiant mind of Duchamp – and his female alter-ego Rrose Sélavy.

Two incidents in 1921 illustrate Duchamp’s ironic attitude to Dada. In April he produced with Man Ray the single issue of New York Dada. Inside was an ‘authorization’ by Tristan Tzara to call their review Dada, surely reproduced in a spirit of mockery, given Tzara’s own protestations that ‘Dada belongs to everybody’. Tzara was now firmly established as the impresario of Paris Dada, and Duchamp’s attitude to the movement’s activities was highlighted by his rude telegram to Tzara dated 21 June 1921 on being invited to contribute to the Salon Dada exhibition at the Galerie Montaigne in Paris: ‘PODE BAL’ (Peau de Bal, ‘Ballskin’). The organizers saved face by blowing up the catalogue numbers of Duchamp’s contributions and hanging them instead.

The crisis triggered by Dada among the Littérature group split the movement; an atmosphere of extreme disillusionment with the anarchy and nihilism of Dada pushed Breton and the group to seek alternatives. Breton now categorized Dada as ‘the vulgarized image of a state of mind it in no way contributed to’. Dada had performed the function of freeing him from any lingering belief in ‘Art for art’s sake’, but Dada’s only solution  –  of giving up poetry altogether  –  seemed tantamount to committing suicide; if ‘Art for art’s sake’ was unacceptable, Dada’s renunciation of art was increasingly like a renunciation of life. In 1921 Breton had boldly proclaimed that he would never write again, but he soon found this position untenable. The solution was located in an enlarged understanding of poetry, which he believed, as he wrote in ‘Clairement’ in 1922, was within, rather than an adjunct to, life:

For Breton, Duchamp was one of the very few who seemed to occupy this borderland, reaching ‘the  critical  point  of ideas faster than anyone else’. It was not because Duchamp had renounced art, Breton wrote in his 1922  Littérature  essay on the artist,  but  because  his  ‘readymade  expression’  delivered  us  from the ‘blackmail’ of sentimental lyricism. He had introduced a new mode of activity, the ‘personality of choice’. For Duchamp, ‘the question of art and life…does not even arise’.

In a lecture given by Breton in 1922, ‘The Characteristics of Modern Evolution and Those who Participate in It’, Duchamp and Picabia are the central figures. Duchamp was a pioneer, his name an ‘oasis for those who are still seeking’, because of his ‘disdain for the thesis’, his refusal of aesthetic systems. It was irrelevant that Duchamp was an artist rather than a poet: his activity in any case led him beyond such conventional distinctions. Breton’s admiration for Duchamp was fuelled by the belief that he offered a way out of the Dada trap. Picabia had put the position thus in Le  Pilhaou-Thibaou: ‘All our enemies talk about Art, literature or anti-literature, you are anxious to know whether your works are art or anti-art? The only really ugly things are Art and anti-art!’ In an interview in 1959 Duchamp said that art and anti-art were just two sides of the same coin. He preferred the term ‘a-art’, or ‘an-art’, that is, no art at all.

Dada had aimed to cause maximum confusion, and encouraged the experimental subversion of identity, the adoption of masks, the acceptance of instability. One of the qualities Breton admired was Duchamp’s ‘marvellous instability’

It was through words as well as the visual image, and as a woman, that Duchamp appeared in  Littérature  in 1922. A mysterious  photograph  by Man Ray was annotated: ‘This is the domain of Rrose Sélavy / How arid it is  –  how fertile it is  –  how joyous it is  –  how sad it is / View taken from an aeroplane by Man Ray  –  1921 [sic].’ Unrecognizable to any who did not know the Large  Glass, the photograph was of the Bachelors’ Domain under a thick coating of dust, looking like a desert with markings resembling the Nazca lines or a reconnaissance photograph of a First World War  battlefield.

Duchamp’s female alter ego had emerged in 1920. Wanting to change identity, he first thought of taking a Jewish name. ‘I was Catholic,’ he told Pierre Cabanne, ‘and it was a change to go from one religion to another!’ Then the idea came, as he put it, to ‘change sex’: ‘It was much simpler.’ The name, already a pun  –  ‘Rose Sélavy’ reads in French as Rose  c’est  la  vie  –  acquired an extra ‘r’ when she signed Picabia’s painting,  L’Oeil  cacodylate (1921): ‘en 6 qu’habilla Rrose Sélavy’  (which roughly puns as ‘[Fr] ancis whom Rrose Sélavy dresses’ or ‘[Fr]ancis Picabia water life’). Rrose Sélavy was credited with the puns published in Littérature  in October  1922. During 1922 the Littérature group conducted experiments with hypnotic trances as part of their investigation into the creative sources of the unconscious. One of those most adept at dropping into a hypnotic trance was the poet Robert Desnos, who, ‘asleep’, produced a stream of verbal puns that he claimed were transmitted to him by Rrose Sélavy. Nine pages of puns were published in the December  1922 issue of  Littérature, together with a text by Breton arguing their importance in terms of the liberation of language.

Taken in conjunction with  L.H.O.O.Q., Rrose Sélavy, it has been suggested, completes Duchamp’s interest in the creative androgyne. Writing in 1959, Robert Lebel noted that Man Ray’s photographs of Duchamp as a woman ‘might suggest… the artist’s inherent androgyny in the manner of Leonardo da  Vinci, to whom Duchamp had paid homage in his own   way by providing the  Mona  Lisa with masculine attributes’. Arturo Schwarz argues that Duchamp’s apparent bisexuality  is the symbol of a union of creative opposites; he recalls Jung’s contention in The  Archetypes  and  the  Collective  Unconscious (1951) that in the human psyche the conscious has the masculine sign, ‘while the unconscious is by nature feminine’.

However, there were also widespread socio-anthropological as well as psychological debates in Europe and the United States at the time, influenced by, among others, Freud and Jung, that challenged male and female stereotypes. These ideas were adopted by many of the artists associated with Dada. Rather than expressing the union of fixed opposites of androgyny, Duchamp’s female alter ego tests the unstable nature of gender difference and stereotypes. An extremely influential socioanthropological study was Havelock Ellis’s  Man  and  Woman: A  Study  of  Human  Secondary  Sexual  Characters, first published in 1894 and rarely out of print since then. In it, Ellis places the equation of nature equals female within an historical process and concludes that it is impossible to determine any ‘radical and essential characters of men and women uninfluenced by external modifying conditions’. The shattering of sexual stereotypes and assumptions about male superiority, and the rise of the new emancipated woman, must have intrigued someone as absorbed in the erotic as Duchamp. 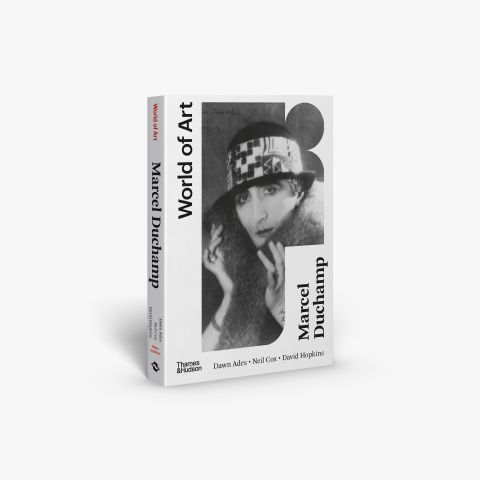