Tom Phillips on his Cult Classic 'A Humument'

For the 50th anniversary of Tom Phillips’s first encounter with the novel 'A Human Document', which he transformed into 'A Humument', the artist explained his half-century-long endeavour.

In 1966 the artist Tom Phillips set himself a task: to find a second-hand book for threepence and alter every page, by painting, collage or cut-up techniques, to create an entirely new version. He found his threepenny novel in a junk shop on Peckham Rye, south London. It was A Human Document (1892), an obscure Victorian romance by W.H. Mallock.

First published in 1973, A Humument – as Phillips titled his altered book – quickly established itself as a cult classic. Since then, the artist has been working towards a complete revision of his original, adding new pages in successive editions. That process is now finished. The 50th anniversary edition presents, for the first time, an entirely new and complete version of A Humument. It also brings this half-century-long endeavour to a close.

Listen to Tom Phillips read the whole of the sixth and final version of A Humument in this audio extract. 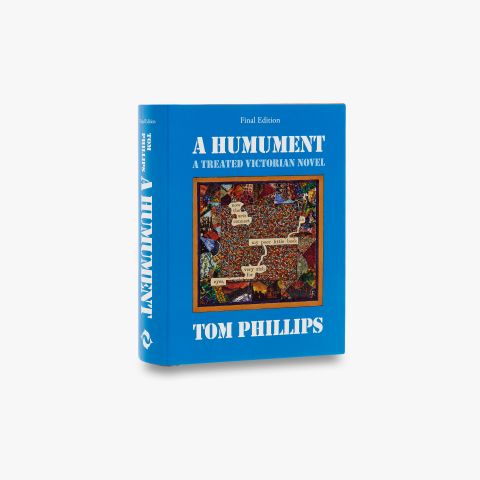