A First Look Inside the New V&A Dundee

The V&A Dundee, designed by internationally renowned architect Kengo Kuma, opened the weekend of 15 September 2018. Take an exclusive look at what's inside.

On the banks of the river Tay, the new V&A Dundee fronts on to the water with the hulk of an ocean liner and the craggy textures of the highlands. The first V&A institution outside of London, the museum is designed by Japanese architect Kengo Kuma, known for his stacked and filigree facades. Kuma clad the ship-like building with layers of pre-cast concrete, gesturing toward the “geographical uniqueness” of the Scottish landscape. Inside, the museum celebrates the uniqueness of Scotland’s handmade forms with an expansive gallery dedicated to Scottish Design. Take an exclusive look at some of the V&A Dundee highlights.

Before Sarah Lund’s Faroe Island knit, there was the Fair Isle jumper, height of 1920s and 1930s sporting fashion. Enterprising subsistence crofters on Fair Isle, one of the Shetland Islands, had been knitting caps, stockings, and ‘ganseys’ (jumpers or vests) since the seventeenth century, passing down their colourful patterns through several generations. Such was the robust warmth of the local wool that William Bruce reportedly included more than a hundred Fair Isle garments in his 1902 Antarctic expedition kit.

Later, Fair Isle sweaters became the golf-course garb of choice for Edward, Prince of Wales, creating even higher demand for the jumpers, including ever more colourful knits. In the 1970s, Fair Isle went from palace wardrobe to the punk scene, worn as a tank top and favoured for its handcrafted quality and unisex design. Today, the Fair Isle has seen catwalk iterations from Chanel, Ralph Lauren, and Louis Vuitton, but the genuine article can still only be found on the remote Fair Isle itself, where waiting lists run for several years.

With its pared-down surfaces and geometric minimalism, this teapot looks more at home with Marianne Brandt in the Bauhaus than in the cluttered parlours of Victorian England. Manufactured in Sheffield in 1879, it is one of many astonishing designs by Glasgow-born Christopher Dresser, whose portfolio extends across furniture, carpets, textiles, ceramics, glass, bookbinding, metalwork, stained glass, and bookbinding.

A man of firsts, Dresser was Britain’s first independent industrial designer and the first designer in all of Europe to visit Japan, where he studied arts and industries between 1876 and 1877. This teapot was made shortly after his return to Britain and was advertised as ‘English Japanese’ in style. Such international flair was integral to Dresser’s designs, which drew as much from the art of Ancient Egypt, Asia, and Peru as they did from his own interest in botany. From the mid 1870s, Dresser began to stipulate that manufacturers put his name on his designs, helping to raise not only his own profile, but also recognition of the professional industrial designer.

Strong long lines, motifs derived from nature, and an adventurous dose of japonisme characterize the work of Charles Rennie Mackintosh, one of four designers who defined the turn-of-the-century Glasgow Style. The most prominent members of the city’s flourishing art scene, ‘The Four’ — comprising Charles Rennie Mackintosh, Margaret Macdonald Mackintosh, Frances Macdonald McNair, and Herbert McNair — established their own bold iteration of Art Nouveau, drawing on eclectic influences including Celtic imagery and Pre Raphaelite painting. Many of their motifs were minimal, stylized renderings of natural forms, such as the carving in this chair’s headrest, reminiscent of a bird in flight.

A version of the chair featured in the ‘total work of art’ The Four exhibited at the Vienna Secession in 1900, a complete decorative scheme which confirmed their reputation among the European avant-garde. Back home in Glasgow, reception was notably cooler; locals found The Four’s elongated forms and ethereal figures peculiar and ghoulish and derided the group as the ‘Spook School’. One important exception was entrepreneur and restauranteur Catherine Cranston, who commissioned Charles Rennie Mackintosh to create a series of interiors for her Glasgow tearooms. His magnificent Oak Room is a further showpiece of the new V&A Dundee, painstakingly restored and on view for the first time in half a century.

It may be a staple of Scottish identity and tourism today, but in fact tartan only emerged as national dress in the mid nineteenth century. Previously, tartan, breacan in Scottish Gaelic, was worn only in the Highlands and Islands, where the particularity of the patterns or “setts” was associated not so much with a particular clan, as with a particular region, based on the natural dyes available to each local weaver.

Come the nineteenth century, the Highlands became a favourite haunt for Romantic writers and artists seeking unspoiled, “sublime” landscape. The likes of James Macpherson’s Ossian and the novels and verse of Sir Walter Scott depicted a Scotland of near-pristine nature and awesome beauty, drawing little distinction between the Highlands and the rest of the country. Tartan followed suit, extending its checkered lines across Scotland to become not only a countrywide attire but the defining Scottish dress. Hundreds of new patterns were created, including for Queen Victoria, who not only wore tartan dresses but also had her “Stewart Victoria” sett for furnishings and curtains at Balmoral.

From small rural town in Renfrewshire to John Lennon’s Rolls Royce, Paisley is one of the most striking stories of Scottish design and production. Set in the west central Lowlands, the town’s long textile tradition hit the mainstream with the arrival of silk gauze weaving in 1759. Several manufacturers moved from London to Paisley and richly ornamented Paisley gauzes became haute couture across Europe. With the introduction of industrial cotton spinning, the Paisley weavers turned to muslin manufacture and, later, shawl weaving. In 1805, they brought out an imitation of the Kashmir shawl, produced in Kahsmir since the 11th century and popularized in Britain by East India Company imports.

Soft, elegant, and intricate, the Paisley shawl became the town’s main product throughout the 19th century. By 1850, there were over 7000 weavers working in the town, crafting ever more elaborate designs such as this eight-colour arrangement of pines, scrolls, and floral motifs. Such was their success that the distinctive teardrop or seed-like form, derived from the Persian buta (بته), become known in Britain simply as Paisley — later a go-to motif for William Morris, Oscar Wilde, Liberty Prints, Prince and The Beatles.

Thames & Hudson publishes a wide range of titles in partnership with the V&A, inspiring not just those who visit the museums, but those around the world who want to learn more about fashion, design, photography, decorative and fine arts click here to see more of our V&A titles. 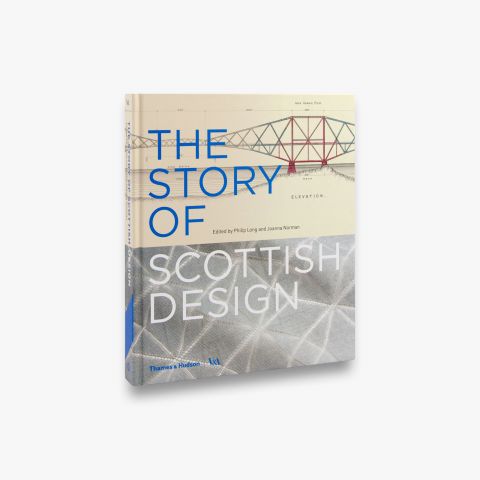 The Story of Scottish Design (Victoria and Albert Museum) 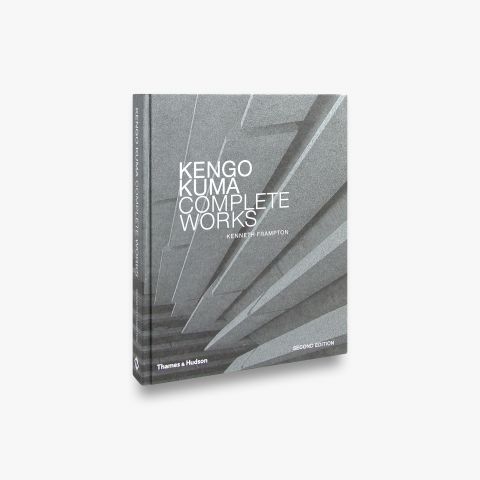