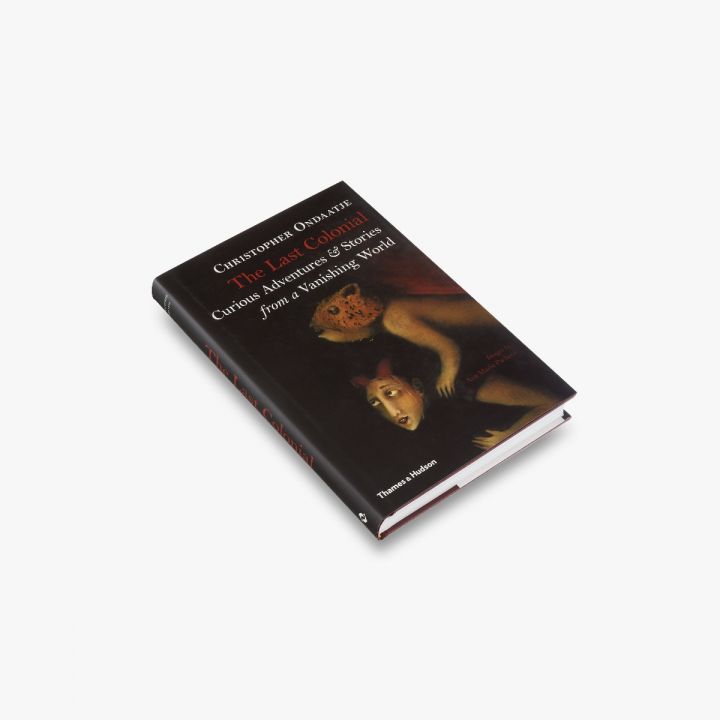 An unusual collection of stories set in Africa, India, Canada and darkest England, illustrated throughout with disturbingly original images by Ana Maria Pacheco

Previous Virginia Woolf
Next Man with a Blue Scarf

Christopher Ondaatje is a true child of the British Empire. Born in Ceylon, the son of a tea planter from a well-known island family, he was brought up on the plantation. Then as a teenager he was packed off to England to ‘get a decent education’ and to learn how to become an Englishman. But soon after Ceylon was granted its Independence in 1948 his family found themselves destitute, which forced the young Ondaatje to get a job.

He spent his seventeenth birthday in the City of London drudging in a bank. However, early 1950s England was no place for a penniless tiro financier born in the colonies. In 1956, following a hunch, he made his way to Canada with just thirteen dollars in his pocket. From this improbable beginning there followed a series of commercial triumphs until he abruptly abandoned high finance at the peak of his career and re-invented himself as an explorer and author, focusing mainly on the colonial period.

It is the curious encounters behind his often precarious adventures that make up The Last Colonial. The stories tell of childhood days in Ceylon; his lifelong pursuit of elusive leopards; his early struggles in Canada; his fascination with inexplicable events and local superstitions, including those of Exmoor in Devon where he now lives; and his sometimes perilous travels researching his biographies of Ernest Hemingway in Africa and Leonard Woolf in Ceylon. His two books on Sir Richard Burton, Sindh Revisited and Journey to the Source of the Nile, are perhaps the best known of his biographies, and in this new volume he turns to Burton in Syria.

The Last Colonial is perhaps the single book Ondaatje was born to write. As Michael Holroyd, one of England's most renowned biographers, writes in his Introduction, 'This mosaic of essays, resembling non-fiction stories, is probably the nearest we will get to reading a complete autobiography and it will be of considerable value to any future biographer.'

Complemented by the artist Ana Maria Pacheco’s magical, sometimes disturbing, images, the stories conjure up a truly unique portrait of a ‘colonial’ world that is vanishing forever.

'Exhilarating collection of travelling tales ... offer an evocative portrait of the late-colonial era, interwoven with beautiful illustrations ... Not only the geographical landscapes intrigue, but the landscapes of the human mind and heart which Ondaatje charts in moving details'
Independent

'Christopher Ondaatje has crammed a lot into his 78 years … his clean, clear prose glints with myths, monsters, mischief and murder'
Wanderlust

'A summing up of his life to date and his earlier writings … handsomely published … [Ondaatje has] a taut, chiseled writing style … aptly complemented by the brilliant, surreal illustrations'
The Historian

'An absolutely captivating read, made even more special by the enigmatic and disturbing images provided by Ana Maria Pacheco’s paintings'
We Love This Book

Sir Christopher Ondaatje was born in Sri Lanka, educated in England and built a highly successful career in finance and publishing in Canada. In 1988 he sold all his business interests and has since then devoted his time to literature, philanthropy and travel.