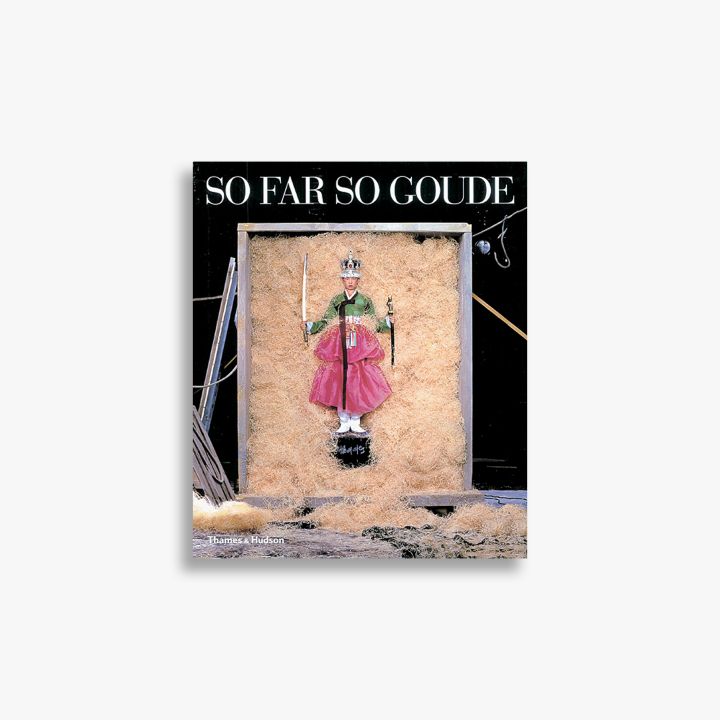 So Far So Goude

The definitive collection of the extraordinarily innovative and unorthodox work of Jean-Paul Goude, selected and arranged by the man himself

Previous The World of Coco Chanel
Next Fashioning the Future

Ever since the poster and advertising assumed a major part in our culture in the twentieth century, great creative artists have made a huge visual impact on the feeling of every era that they have filtered and formulated. The most outstanding graphic artists gave life and expression to their epoch, making an indelible mark on our memories.

For more than thirty years, through drawing, poster design, photography, cinema, video and event design, Jean-Paul Goude has made an impression, in every sense, on our imagination. From the fops of the ’60s to the legendary Esquire magazine of the following decade, from the New York of Andy Warhol and mixed cultures, to Grace Jones, for whom he was Pygmalion, from the spectacular Bicentennial Parade in Paris in 1989 to the celebration of 'Style Beur' (Arab Style), from ads for Kodak and Chanel to working with the latest supermodels - Goude has triumphantly captured, time after time, the spirit of his age.

What is perhaps less well known is that this 'made to order' work is merely the flipside of Goude's profoundly individual adventure, a journey (marked in particular by his celebration of a number of remarkable women) transformed into a sort of personal mythology. Life and work for Goude are inextricably linked, and this gives his work a particularly personal cachet, and lifts it above mere images. It is this crossover, an intricate and necessary link, that is revealed here for the first time.

Looking at different episodes in his life, with all its changing rhythms, returning to his encounters, passions, moments of disillusionment, drive and discovery, Goude traces the whole of his journey and all the stages of his working life, one of the most exceptional in recent decades.

A true publishing event - despite his celebrity, Goude has only published one book until now, long out of print - this magnificent publication, written with Patrick Mauriès, has been conceived and designed by the artist himself, and includes hundreds of little-known photographs and previously unseen drawings. A DVD, also devised by Goude using his work in film and from various theatrical events he has staged, accompanies the book.

Jean-Paul Goude has worked at the forefront of commercial art, advertising and illustration for over three decades.

Patrick Mauriès is a writer and publisher of many notable titles on fashion and design, including Jewelry by Chanel, A Cabinet of Rarities, The World According to Karl and Fashion Quotes to name a few, all published by Thames & Hudson.