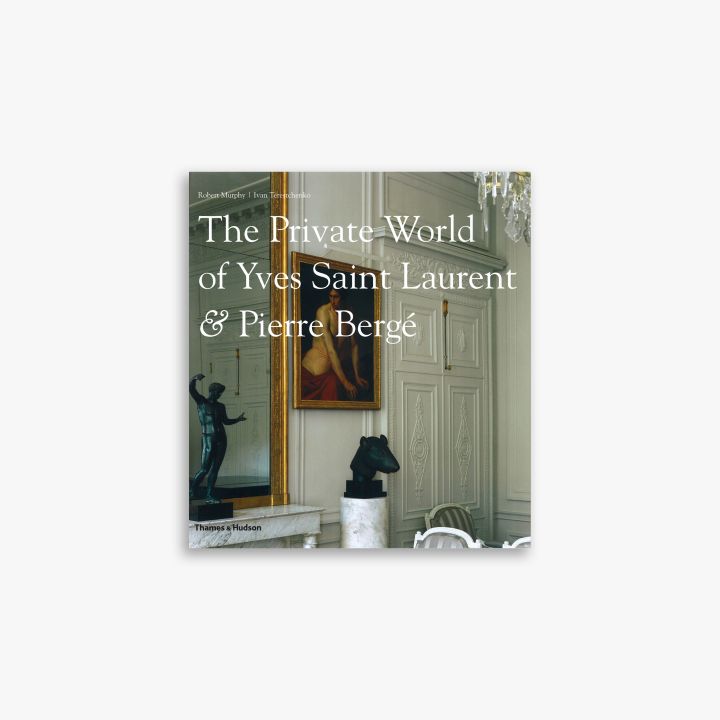 'This is not a book on decoration. It is a window on two shared worlds.' So writes Pierre Bergé in his foreword to one of the most remarkable documents ever published on Yves Saint Laurent's private realm.

Yves Saint Laurent was more than a designer of clothing - he was, for many, one of the great style arbiters of the twentieth century. His talent made him the youngest and brightest star in the firmament of fashion, first with Christian Dior, who chose him as his successor, and later in his own right as the shy but daring creator of the modern woman's wardrobe.

His private life was the subject of constant public fascination, and the homes that he shared with his lifelong friend and business partner Pierre Bergé were extraordinary private cocoons of taste and style. Ivan Terestchenko's photographs - taken after Yves Saint Laurent's death in 2008 - capture these exquisite surroundings and cultured luxury for the last time.

Yves Saint Laurent and Pierre Bergé amassed an exceptional collection of furniture and paintings over some forty years. It included important works by Picasso, Matisse and Mondrian, Old Master paintings by Goya, Ingres and Géricault, and masterpieces of furniture, sculpture and silver from the Renaissance to Art Deco. Remarkably, not a single piece from the collection was sold until the year following Saint Laurent's death. A historic sale by auction at the Grand Palais in Paris became the stuff of legend months before it even took place.

This book, revealing a rare union of passion, taste and supreme connoisseurship, stands as a monument to two of the greatest taste-makers of our time.

Born in England and educated in France, Ivan Terestchenko read History of Art at the Ecole du Louvre and was a painter until the age of 30 when he switched to photography and landed his first assignment with French Vogue. He contributes to many international publications.