Interview: Anja Niemi Gets in Character

'My stories usually start with a character, I begin with collecting her belongings — clothes, objects, accessories, wigs.'—Anja Niemi launches her new Fotografiska show and takes us behind the scenes of her intricate photo narratives.

'She Could Have Been a Cowboy' Photograph © 2019 Anja Niemi

Alongside her solo show at Fotografiska, Stockholm, Anja Niemi’s new book In Character brings together six of the photographer’s most recent series: Do not Disturb, Starlets, Darlene & Me, Short Stories, The Woman Who Never Existed, and She Could Have Been a Cowboy. In each, Niemi photographs, stages, and acts out her female characters, developing nuanced narratives of identity, gender, and selfhood.

Anja, your most recent series, She Could Have Been a Cowboy, had you trekking out alone into the Utah desert. What was that like?

Walking through the red and pink canyons in Utah felt like being on a film set. It was so surreal, which is exactly what my work is to me — fiction, and an escape from the ordinary.  But I was so nervous leading up to this trip; the thought of driving alone for weeks in this vast foreign scenery really scared me. I am not a particularity brave person, the opposite in fact, I am scared of most things. But my desire to visualize my ideas made me go a lot further than I normally would. I am also not physically strong, so hiking those national parks wearing 1940s wool riding pants and a big fringed leather coat was draining.  I literally did not know if I would make it up the hill, but I did. Not on strength though, just willpower. With my mind focused on getting my picture I had to remind myself to take it all in, it really was the most incredible place I had seen.

You have a particular eye for remarkable locations. How do you go about finding the places you want to photograph in?

When I have an idea I can see the visuals I want almost right away. I know what I am looking for, so it’s just a matter of patience to search until I find it.

There’s such an intriguing tension in your work between freedom and control. You exert an exacting precision over the composition, location, and characters of your photographs, yet you do so in order to stage alternative lives and selves. Can you talk a little about this mix of discipline and fantasy?

I think for me discipline is a kind of fantasy, I find being able to control everything really satisfying. In reality you can’t really control how things will turn out, but in my work I can make things look and happen exactly the way I want. It´s a perfectionist dream to be in control like that.
Your work involves a constant negotiation of subject/object positions. You are at once photographer, director, and female lead. Which of these roles comes first? Is it the character you want to inhabit and portray, or the character you want to stage and shoot? What’s your process?

My stories usually start with a character, I begin with collecting her belongings – clothes, objects, accessories, wigs; anything she would have had that can help me form her. For each project, I clear my studio, and start filling it with my new story. It’s where the characters are formed and where they come to life. When I am ready, I pack it all up and travel to my chosen location. I spend most of the year preparing, so when I finally get to transform into my character it feels very rewarding.

She Could Have Been a Cowboy takes up many of the visual tropes of the Western, while Darlene & Me seems to reconfigure the Hitchcock blond. Are cinematic paradigms important to your work?

Film has always been one of my main inspirations, I think David Lynch has influenced me more than anyone. I love how he blends surrealism and beauty to create suchmemorable characters and storylines. That severed ear, found in the grass in Blue Velvet… it’s an image that just never left me.

I often use narratives in my work, but with no clear beginning or end. In a photographic series, each image has to work hard, without the aid of script or soundtrack, like a very slow, silent movie.

I’m also struck how the facial expression of your characters is often rigid and doll-like, whatever the elaborate guise the character may be in. There is the sense that an individual self is absent, no matter the elaborate person they may inhabit. Is there a suggestion in your work that we are all victim to a certain kind of type-casting or categorization? I’m thinking now of big data, target grouping, our fondness for personality tests and types.

Most of my characters are faceless or expressionless, I find it makes them more relatable, something you can project anything on to. You are right in that the self is absent, I want my characters to be symbols rather than real people. They could be anyone. It’s not about who they are but what they stand for.

There’s such intricacy of storytelling in your work — not least an exploration of the stories we tell ourselves, about ourselves. Do you think such stories are typically more empowering, or inhibiting?

Both, and in the most intense way. Since I work alone, all my characters naturally have in common that they are by themselves. I do often multiply them to express a sense of a divided or conflicted self. In my work I have been more interested in the relationships we have with ourselves rather than the ones we have with other people. There is a violence, or at least a wildness, to this voice or other self.

The Woman Who Never Existed shows an ornately-dressed character who becomes increasingly indistinguishable with her background. The series explores the tyranny of the gaze and the suspicion – common in particular to women – that they only ‘exist’ as a visual object. Can you talk a little more about the origin of this series?

The Woman Who Never Existed was inspired by an interview I was reading about an Italian actress. Her words jumped off the page: ‘Away from the stage, I do not exist.’ The words gave me an instant story about a woman who starts to disappear if no one is looking at her. She is so used to putting on an act, that when there is no role to play she no longer knows what to do. It was my first story inspired solely by words.

A ballet dancer once told me about his stage fright and how he always wished he could dance with no audience. The vision of him dancing for an empty theater made me feel very connected to what he had said. I am sure many performers can relate to that, but being public in some form is usually the only way to make a living doing what you love. I like sharing my work and the thought of my images entertaining people, but anything beyond that makes me uncomfortable.

You’ve previously said that ‘growing up, I never really found my place. I tried but I never felt like I fit in’. Do you feel more of a fit now, or rather more comfortable with being between places?

Over the years I came to realize that fitting in might not be as necessary as I thought.
What’s next in your own self-exploration as an artist? Can you tell us about any upcoming projects?

My studio has been cleared and is starting to fill with my new story, but it’s too early to tell! 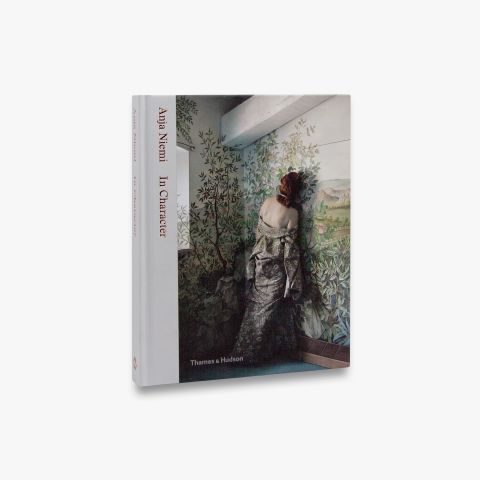 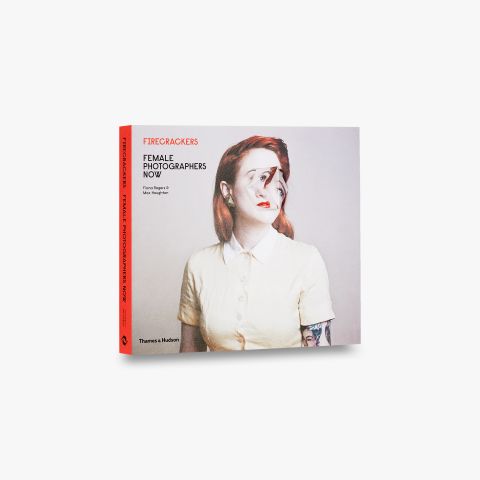