Lartigue and the spirit of early 20th-century France

In this extract of 'Lartigue: The Boy and the Belle Époque' author Louise Baring tells the story of how Jacques Henri Lartigue captured the spirit of seaside resorts in early 20th-century France.

During the nineteenth century, an ‘irresistible awakening of a collective desire for the shore’ took hold among well-heeled Parisians. Fashionable seaside resorts such as Deauville first sprang up under Napoleon iii, who drove a railway network through France in the 1860s. Seaside visits became an annual fixture for the rich Belle Époque bourgeoisie for whom remaining in Paris in July and August was, in any case, unthinkable. While Jacques’ mother, Marie Lartigue, enthused about ‘le bon air’ outside Paris, Docteur Variot, the family physician, believed there was nothing better to relieve the headaches that plagued her younger son: ‘Happy migraines, thanks to which I’m so often allowed to swap “dull ramblings about the past” in my history lessons with a marvellous reality, filled with the unknown, with light, with the future…’, remembered Jacques, who baulked at having his liberty curtailed by timetables. The seaside, in particular, caught his imagination: ‘The beach is the most enormous place in the world. You can run there “without limit”, and no one shouts at you to be careful. Nothing hinders my eyes from roaming, drifting endlessly into the distance, any more.’

The Lartigue family travelled to the coast by train or, later, in Henri’s series of open-topped motor cars, including a red 24 hp Panhard et Levassor he purchased in 1906. Uncles, aunts and cousins joined them. The family first visited Ambleteuse in 1897, a village between Calais and Boulogne then popular with visitors from Paris eager for the cold, turbulent seawater, deemed beneficial to the health, as well as fresh oysters from local beds built to enhance the bourgeois ambience. ‘Ambleteuse. The sea! Despite my travelling shoes, which prevent me from running into the water, I go quickly, quickly to see the beach before anyone stops me…’ Henri Lartigue and his wife’s cousin, Marcel van Weers, accompanied the children to the rocks at low tide, where pools of water with waving seaweed reflected the sky: ‘When the sun comes out from behind a cloud, it illuminates the bottom of a pool, and you can even surprise a fish…which swims off at the speed of lightning to hide in the crevices of rocks or under plants.’

Lartigue took a series of seaside photographs seven years later, in 1904. Anxious to preserve all that captured his interest, the ten-year-old now rarely left the house without his new folding Gaumont Block-Notes made in Paris with glass plates, 4.5 × 6 cm in size. With a surprisingly sophisticated grasp of composition, he captured a group of paddlers at low tide, the girls in dresses and enormous hats, giving the viewer a feeling of being able to walk straight into the photograph, or Zissou in mid-flight jumping off a fisherman’s boat on the sand. Another image, taken that same year at Villerville, a seaside village in Normandy, shows his cousin and first love, Simone Roussel, standing alone on the beach with a dog, her ringlets topped with a broderie anglaise cap. Bored by boys his own age, Lartigue found in Simone an ideal playmate. In his 1951 memoir, Speak Memory, Vladimir Nabokov describes his own boyhood love for a ten-year-old Parisian girl on the beach at Biarritz, where he travelled with his family from pre-revolutionary St Petersburg in 1909: ‘Since my parents were not keen to meet hers, I saw her only on the beach; but I thought of her constantly…’, recalled the novelist. ‘One day, as we were bending together over a starfish, and Colette’s ringlets were tickling my ear, she suddenly turned toward me and kissed me on the cheek.’ Nabokov describes the beach at Biarritz almost like a Lartigue photograph: ‘Along the back line of the “plage”, various seaside chairs and stools supported the parents of straw-hatted children who were playing in front on the sand.’ Lartigue visited the Basque resort with his parents in 1905, photographing a garden party in honour of Edward Vii through the railings of the Hôtel du Palais overlooking the sea. His image of the beach, taken with his Block-Notes camera, shows clusters of children, the boys in sailor suits, standing transfixed as they watch a man flying a giant winged box kite in the stiff sea breeze. 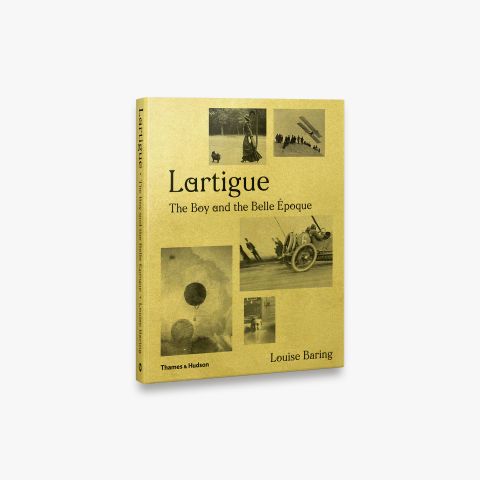