'Looking at Pictures' explores the origins, designs and themes of over one hundred pictures in order to artfully expand our appreciation. Read an exclusive extract below.

Clarity of outline and precise definition are brilliantly employed by Hokusai to convey the majestic power of a huge and terrifying wave. [© Katsushika Hokusai, 'The Great Wave off Kanagawa', 1830–32 Colour woodblock print, 25.7 x 38 cm (101⁄8 x 15 in.) Metropolitan Museum of Art, New York].

This is an extract from Looking at Pictures.

Landscape can be as attractive to a painter as to any nature-lover. Some artists have actually become specialists in painting landscapes, while others have turned to nature only occasionally, to refresh their minds and eyes.

To many artists, comparing the works of man with the creations of nature is particularly interesting and this can produce pictures that are not only visually satisfying, but also quietly revealing of our place in nature. Such, for example, is Constable’s painting of Salisbury Cathedral (below).

Constable elegantly contrasted the controlled geometry of the man- made cathedral with the natural spontaneity of the towering trees of the foreground. [© John Constable, 'Salisbury Cathedral from the Bishop’s Grounds', c.1825 Oil on canvas, 88 x 112 cm (341⁄2 x 44 in.) Metropolitan Museum of Art, New York.]

The magnificent cathedral is partially hidden by the tall leafy trees in the foreground. Cattle browse peacefully, some only dimly seen in the shadows, others picked out by the sunlight that illuminates the cathedral in its full splendour. The soaring vertical spire and the long horizontal of the roof provide the main lines of the building, but the abundant detail – numerous tall windows, some in pairs, others grouped within an arch; triangular gables flanked by pinnacles; and walls at different heights – all contribute to our perception of the cathedral as a complex whole. What a contrast there is between the regular elements of the building and the free, undisciplined variety of the natural surroundings. Within this context, humans seem very small – even the bishop, who commissioned the painting and who appears, accompanied by his wife, in the lower left corner.

The Dutch artist van Gogh, who worked in France during the last years of his life, painted the church at Auvers (below) some seventy years later in 1890. He produced a picture of very different character from Constable’s serene vision.

The church itself seems as full of life and activity as the grassy banks in front of it. The vitality of the brushstrokes – so many of them large, strong and independent, forming patterns and textures all on their own – enlivens the sky and the path as well as the church and its immediate surroundings.

The expectations aroused by Constable’s painting are not disappointed by a visit to Salisbury, but the church at Auvers does not present a visitor with anything like the visual excitement of van Gogh’s picture. The building itself, like other churches, is massive, stable and regular in form. Van Gogh’s personal vision has transformed it into a part of the landscape of the mind.

Dalí’s eerie landscape (below), painted in the twentieth century, is distinctly improbable taken as a whole. Yet it is composed of elements which, though distorted, have an uncanny air of reality about them.

A landscape of cliffs, sea and endless at plain is unexpectedly punctuated by unnatural forms of harshly regular shape; for example, the at shiny-topped slab near the sea and the huge coffin-like box in the foreground, from which, perplexingly, a dead tree seems to have grown. Each of the three unpleasantly ‘soft’ watches takes on a different meaning from its context: one hangs like a carcass from the branch of the tree; another suggests the saddle of a long dead horse decomposing in an immeasurable empty expanse of time and space; while a third seems to have been melted in some searing heat and now cleaves irregularly to the rectangular box on which it rests, a lone fly alighting on its surface.

The only solid and intact timepiece is the ovoid red watch in its case. It seems at first glance to be decorated with a delicate black pattern, but on closer examination this watch turns out to be the point of attraction for a group of devouring ants which, with the nearby fly, constitute the only living creatures depicted in the painting.

Suggestions of permanence and decay, together with the meticulously realistic representation of the impossibly unreal, add up to a plausible but disturbing nightmarish whole. Dalí, the master of this so-called ‘Surrealist’ style, is able to create haunting landscapes very different from any we might hope to encounter.

The second title in the Art Essentials series is Modern Art. Read an extract here. 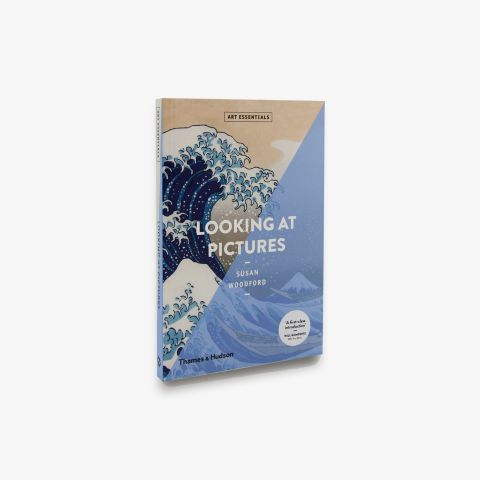