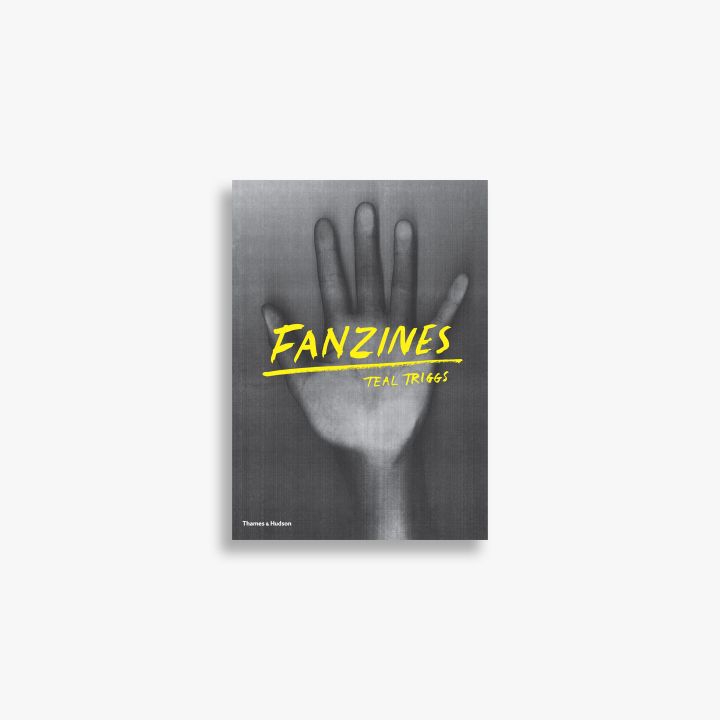 Presents the most interesting fanzines ever produced, from the earliest examples created by sci-fi fans in the 1930s to The Riot Grrrl movement of the 1990s

Fanzines have been one of the liveliest forms of self-expression for over 70 years. Their subject matter is as varied as the passions of their creators, ranging across music, comics, typography, animal rights, politics, alternative lifestyles, clip art, thrift shopping, beer drinking …

Produced in small quantities, distributed by hand or via independent music or book stores, fanzines were the original medium of super-niche interest groups and the cultural underground. Ephemeral and irreplaceable, many have been lost to all but a few passionate collectors.

The graphic srtle of fanzines has a do-it-yourself verve, uninhibited by design conventions, which has been widely influential in mainstream design and popular culture. Many of the most exciting zines have been made with very basic tools: scissors and glue, a photocopier, staples or string. Yet their collaged photos and hand-drawn type and illustrations explode across the pages.

This book is a high-impact visual presentation of the most interesting fanzines ever produced. From the earliest examples, now incredibly rare, created by sci-fi fans in the 1930s, it takes us on a journey of subcultures through the decades. Superhero comics inspired a flush of zines in the 1950s and ’60s. In the 1970s, the DIY aesthetic of punk was forged in fanzines such as Sniffin’ Glue and Search and Destroy, while the ’80s saw political protest zines as well as rave and street style. The Riot Grrrl movement of the ’90s gave voice to a defiant new generation of feminists, while the arrival of the internet saw many fanzines make the transition to online.

The first decade of the new millennium has seen a flourishing of the scene, as a new generation of graphic designers, illustrators, artists and writers combines the urge to self-expression with a rediscovery of the handmade, crafted object.

Whether obscure or prescient, subversive or downright weird, fanzines have an irresistble energy and style that shows grassroots social and cultural movements at their most explosively creative moment.

'Wonderful … celebrates a diverse, entertaining and irreverent media scene operating beyond the frames of the World Wide Web and phone apps. Don’t believe the geeks: if you want to be cool, you still have to go analogue'
Time Out

'A lush, enormous book collating the best and barmiest of zines over the last 50 years … the book is great'
Notion

Teal Triggs, an avid collector of fanzines, is Professor of Graphic Design at the University of the Arts, London. Her other publications include TheTypographic Experiment: Radical Innovation in ContemporaryType Design, Below Critical Radar: Fanzines and Alternative Comics from 1976 to Now and Communicating Design: Essays in Visual Communication