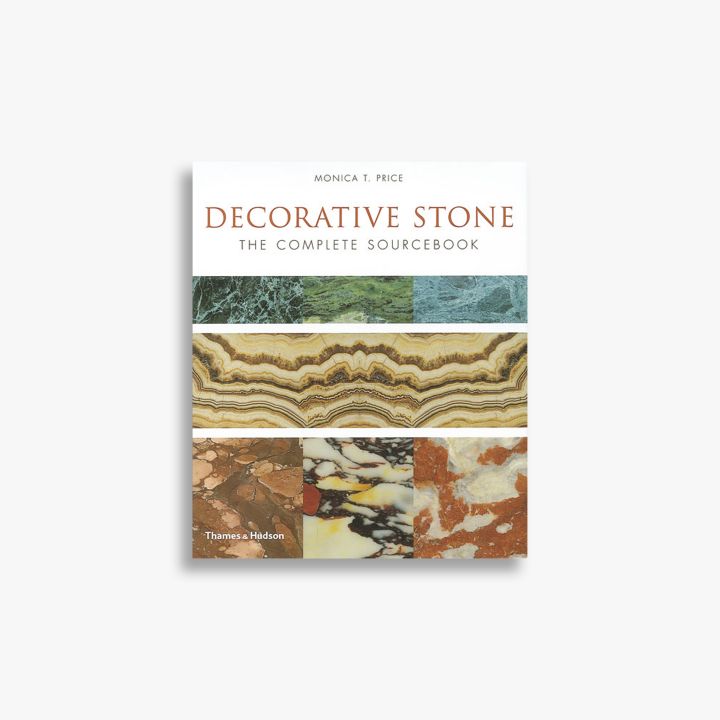 A comprehensive guide to ancient and modern decorative stone

Decorative Stone: The Complete Sourcebook is a comprehensive identification guide that fills the gap between scholarly works on ancient marbles and the catalogues of the modern stone trade. Indispensable to reliable identification are high-quality images of stones coupled with meticulously researched, authoritative text.

This book draws on the extensive and reliably documented collections of the Oxford University Museum of Natural History, which include the historic Corsi Collection of 1,000 different blocks of polished decorative stone used by the ancient Romans or quarried in Italy in the early nineteenth century, and other collections of historical and modern decorative stones from sites worldwide.

The stones are arranged into geological type, such as alabasters, serpentinites, porphyries and granites, and the large group of marbles and limestones is further subdivided according to dominant colours and markings. Named varieties are shown: the section on serpentinites, for example, covers verde antico, breccia Quintilina and verde ranocchia, which are significant in archaeology. The section includes samples from Greece, Italy, Great Britain, Ireland and the United States, where they are variously used for architecture, sculpture and carved ornaments.

This is an invaluable guide for everyone with an interest in the identification and use of decorative stone, including archaeologists, architects, artists, antique restorers, colleges and museums, the stone trade, and the enthusiastic amateur.

'Will be eagerly quarried by architects, antique restorers and archaeologists'
The World of Interiors

1. Decorative stone, past and present 2. Identifying Decorative Stone 3. The Stones: Alabasters • Marbles and limestones • Lumachellas and other fossiliferous limestones • Ruin and landscape marbles Serpentinites and ophicalcites • Other metamorphic rocks • Basalts, porphyrics and other volcanic rocks • Granites, syenites, gabbros and otherplutonicrocks•Sandstones,quartzesandsiliceousconglomerates Quartz and its varieties • Other minerals used as polished stone

Monica Price is on the curatorial staff of the Oxford University Museum of Natural History. She has written widely on decorative rocks and mineralogical topics, and contributed entries to the Oxford Companion to the Earth and Pocket Nature: Rocks and Minerals.