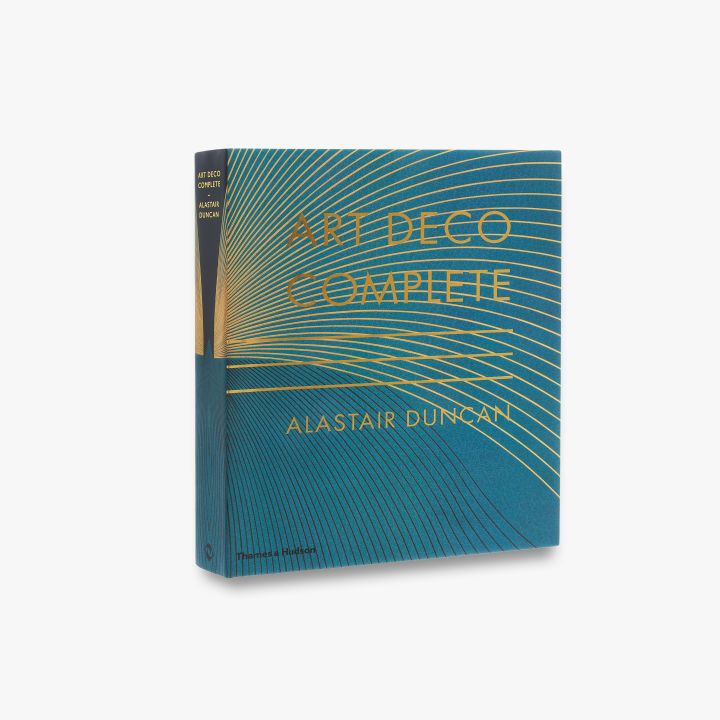 Previous The Minbar of Saladin
Next English Stained Glass

In the most comprehensive account of the decorative arts of the Art Deco period ever assembled, Alastair Duncan celebrates the rich variety of form and diverse international roots that have made it a perennial favourite of collectors and a constant source of inspiration for designers.

Straddling two World Wars and the Great Depression, ushering in the Jazz Age and the era of the automobile and skyscraper, and shaping everything from the Golden Gate Bridge to the humble desk lamp, the story of Art Deco is the story of our modern world.

In its purest forms, it developed from a characteristically French image of luxury and refinement. Later, modernist European and American designers incorporated metal and plastic in styles described as ‘Streamline Moderne’, but which are now called ‘Deco’. Although Paris was the spiritual home of the movement, Art Deco was a truly global style, with designers from every country in Europe and the Americas inspired by a vast international catalogue of artistic and craft traditions.

The guide begins with essays on the major media of the period: Furniture and Interior Decoration; Sculpture; Paintings, Graphics, Posters and Bookbinding; Glass; Ceramics; Lighting; Textiles; Silver, Metal, Lacquer and Enamel; and Jewelry, each followed by lavishly illustrated in-depth biographies of the major designers and artists working in the medium.

The second half of the book is an authoritative illustrated A–Z listing of all significant designers in the Art Deco style, comprising over four hundred entries.

'The sheer sumptuousness of the images will surely appeal to those specialists, collectors and the general public who fuel the constant stream of glossy new Art Deco titles'
Art Quarterly