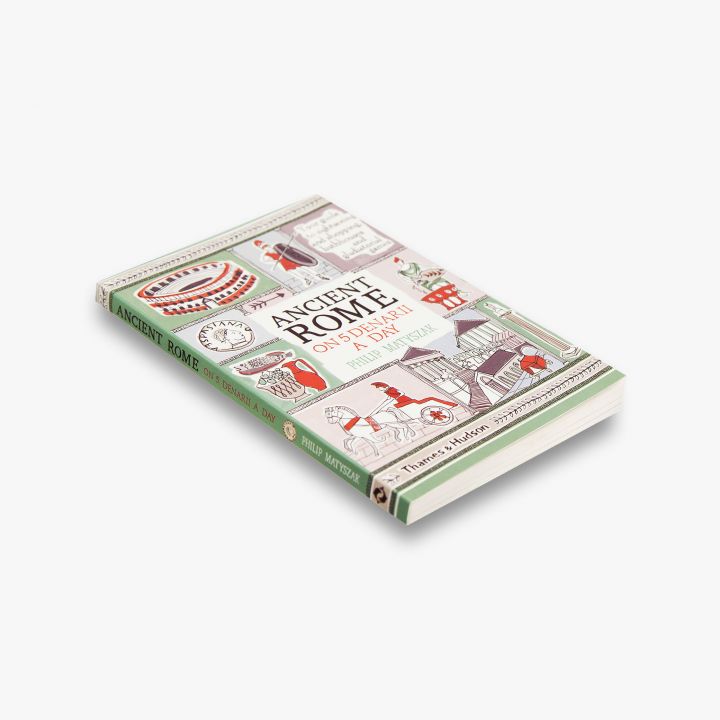 Welcome to the greatest city in the world. The majestic, monumental, sometimes decadent imperial city of Rome!

Travel through time to AD 200, and walk Rome’s streets with Thracian boys, Egyptian merchants and German mercenaries. Learn where to buy exotic spices and even more exotic slave girls. Find the best places to stay, what not to eat, and where to sit in the Colosseum.

This imaginative guide to the ancient city has used the writings of those who actually lived there and the latest archaeological evidence to reconstruct Rome at its pinnacle of greatness.

'Brings the ancient city back to life'
Mail on Sunday

'Altogether rather a magical book'
Minerva

1. Getting There: Puteoli, Hitting the Road • 2. The Environs of Rome:Villas, Aqueducts, Necropolises, The Pomerium, Walls and Gates • 3. Settling In – Where to Stay: The Seven Hills, Types of Accommodation, Sanitary Facilities, Medical Emergencies, What to Wear, Food) • 4. Out and About: Dining Out, Meeting People, Roman Names, The Social Order, Slaves, Family • 5. Shopping: Where to Shop, Changing Money, What to Buy, Aediles • 6. Law and Order: Praetorians, Urban Cohorts, Vigiles, Law Courts, Prison, Punishment • 7. Entertainment: Colosseum, Circus Maximus, Theatre, Brothels • 8. Religion: Temples to Visit, Religious Festivals • 9. Must-See Sites: The Forum of the Romans, The Arch of Titus, The Imperial Forums, The Forum of Augustus, Later Forums, Triumphal Columns, The Tomb of St Peter, The Baths • 10. Roman Walks: The Palatine, Along the Tiber, The Campus Martius

Philip Matyszak has a doctorate in Roman history from St John's College, Oxford. He is the author of many books on classical civilization, including Chronicle of the Roman Republic, The Enemies of Rome, The Sons of Caesar, Ancient Rome on Five Denarii a Day, Ancient Athens on Five Drachmas a Day, Lives of the Romans (with Joanne Berry) and Legionary.