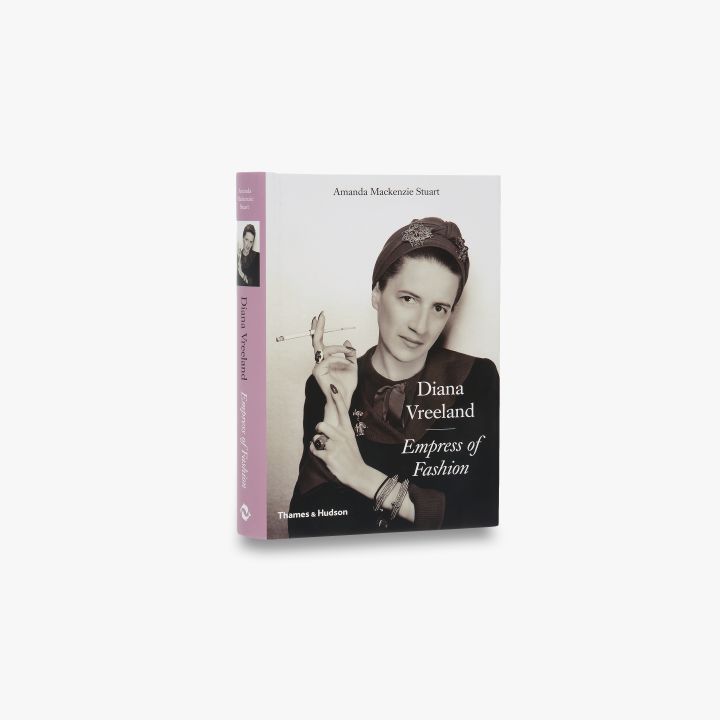 Born of a British father and American mother in Belle Epoque Paris, Diana Dalziel Vreeland grew up amid the fashionable of New York's Upper East Side. With a famously alluring mother and a classically beautiful sister, the young Diana often felt isolated and unloved. But she was saved from her unhappy childhood by her audacious imagination as well as the grit and determination that would shape her extraordinary life.

Described by an admirer as 'the High Druidess of fashion, the Supreme Pontiff, Perpetual Curate and Archpresbyter of elegance, the Vicaress of Style', Diana Vreeland is the cloth from which twenty-first-century fashion editors are cut. Talent-spotted by legendary editor Carmel Snow, Diana joined Harper's Bazaar in 1936, where her pizzazz and singular point of view quickly made her a major creative force in fashion. During her time at Harper's Bazaar and later as the editor-in-chief of Vogue, the self-styled 'Empress of fashion' launched Twiggy's career, advised Jackie Kennedy, and enjoyed the full swing of sixties' London. In Diana's Vogue, women were not only offered shockingly short skirts and silver hipster pants: even more radically, they were encouraged to resist fashion orders from on high, and to use their own imaginations in re-creating themselves - much as Vreeland spent her own life doing.

In 1971 Diana was fired from Vogue. She reluctantly accepted a new position for herself at the Metropolitan Museum of Art as Special Consultant to the Costume Institute, only to reveal a new dimension to her brilliance. Her first show, on the work of designer Cristobal Balenciaga, drew more than 150,000 people to the museum, and the show that followed smashed all the record books. The Metropolitan was stunned, and today's blockbuster exhibition was born.

In this book, the first full-length biography of Diana Vreeland, Amanda Mackenzie Stuart portrays a visionary: a fearless innovator who inspired designers, models, photographers and artists. Vreeland reinvented the way we think about style and where we go to find it. As an editor, curator and wit, Diana Vreeland made a lasting mark and remains an icon for generations of fashion lovers.

'Mackenzie Stuart has written a stylish, funny, fond and vivid book. The only puzzle is that a subject so irresistible as Vreeland should have gone without a good biography for quite so long'
Sunday Times

'The research for this book has been exhaustive, but Mackenzie Stuart wears it lightly … she writes movingly about Vreeland’s marriage without any intrusive psychoanalysis, and her warmth, enthusiasm and peculiar genius come through in entertaining anecdotes and marvellous, very italicized, quotes'
The Spectator

'Paints an enthralling picture of a mesmerising character who left an indelible print on 20th-century fashion'
Hello!

Amanda Mackenzie Stuart worked as a screenwriter and independent film producer for a number of years before publishing her first biography, the critically acclaimed Consuelo and Alva Vanderbilt: The Story of a Daugher and Mother in the Gilded Age. She lives in Oxford, UK.