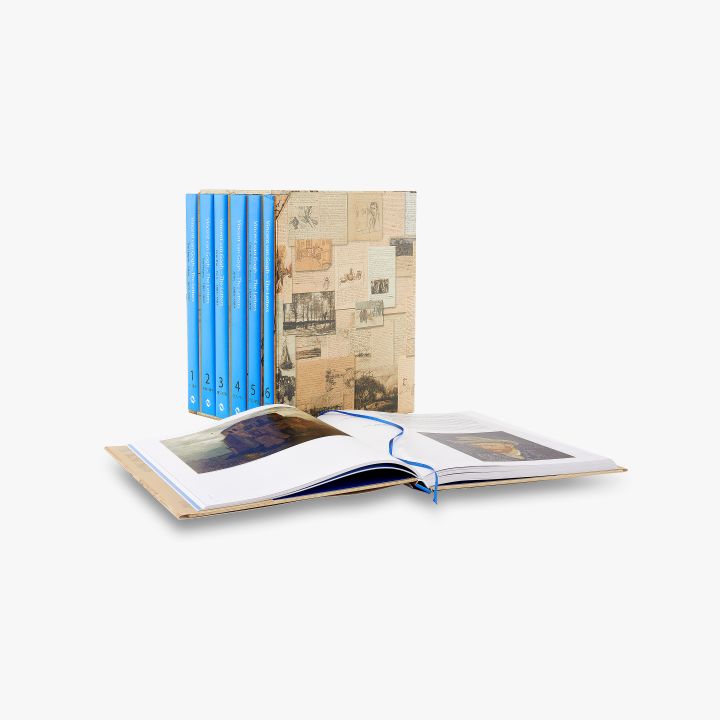 The Complete Illustrated and Annotated Edition

See Inside
Previous Pure Reason
Next A Writer's Britain

Vincent van Gogh’s letters have long been prized as some of the most valuable documents in the world of art. Not only do they throw light on Van Gogh’s own complex and intriguing character, they enlighten the whole creative process.

This edition is an immense treasure trove of biographical and art-historical information. The culmination of fifteen years of new research and superseding all previous editions in its ambition and up-to-date scholarship, it provides a lasting pleasure as a personal testimony to a life consecrated to art.

• Over 4,300 illustrations
• New transcriptions of every known letter to or from Van Gogh
• The complete collection: this edition includes all the letters, both in the Van Gogh Museum and those in other museums, archives and private collections
• New translations render Van Gogh’s words more closely than ever before – unadorned, unimproved, faithful and accurate
• Van Gogh's sketches, made throughout the letters, are reproduced here at full size
• New material: previously unknown letters and fragments of letters are published in English here for the first time
• New scholarship: fifteen years of new research have added to scholars’ understanding of Van Gogh’s life and work. Extensive research has been carried out to identify every work of art mentioned, whether produced by Van Gogh or by other artists.
• Authoritative editing: many omissions and misreadings in previous editions have now been corrected. For the first time the letters are fully annotated.
• Supplementary texts add information about Van Gogh’s life, his family, his correspondents, his characteristics as a letter-writer and the context in which the letters were written. Also includes a comprehensive list of materials discussed in the letters, a chronology of his life and a full index
• Exemplary design: the typography and design is by Wim Crouwel, one of Holland’s most accomplished book designers of the last fifty years

This is the most complete edition of Van Gogh’s letters ever produced, illustrated extensively throughout, and drawing on fifteen years of scholarship and dedicated research. For the first time, all the works to which Van Gogh refers are shown alongside the letters – not only the paintings and drawings that he himself was working on at the time, but also the works of art by others that he mentions.

In over 900 letters we see Van Gogh’s thoughts and opinions at first hand, as well as his close ties with his brother Theo, his sometimes troubled relationships with friends and fellow artists, his personal doubts and fears, and above all his overriding passion for his art.

'One of the major publishing achievements of our time'
Andrew Motion, Guardian

'The most important art publication of 2009, if not of the decade'
Financial Times

'If this were 10 times the price, it would still be worth it'
Philip Pullman, Guardian Format: 6 hardback volumes and CD-ROM in a slipcase

Leo Jansen is a curator at the Van Gogh Museum in Amsterdam.

Hans Luijten is a curator at the Van Gogh Museum in Amsterdam.