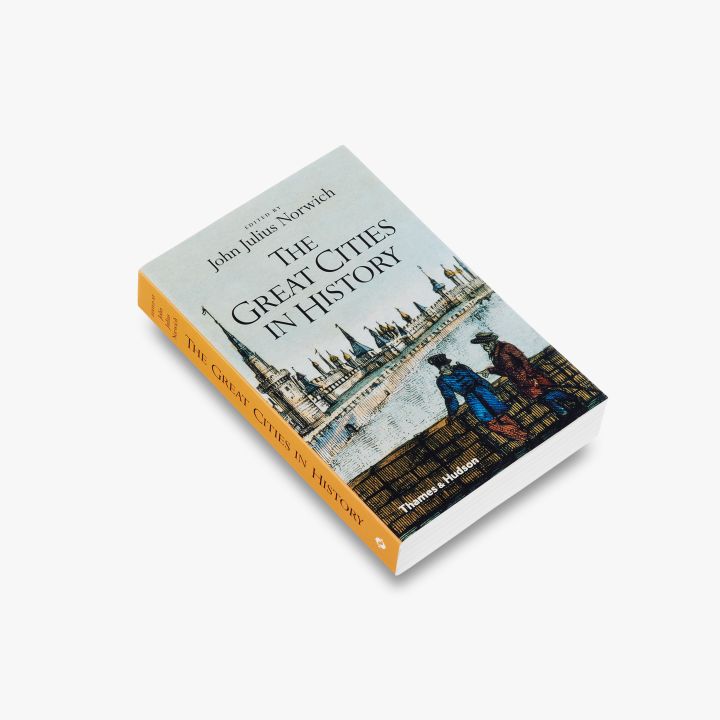 The Great Cities in History

A work of history, but also about art and architecture, trade and commerce, travel and exploration, economics and politics, this is above all a book about people and how, over the millennia, they have managed to live closely together.

From the origins of urbanization in Mesopotamia to the global metropolises of today, great cities have marked the development of humankind – Babylon and Nineveh, Athens and Rome, Istanbul and Venice, Timbuktu and Samarkand, their very names are redolent both of history and romance. The Great Cities in History tells their story from early Uruk and Thebes to Jerusalem and Alexandria. Then the fabulous cities of the first millennium: Damascus and Baghdad in the days of the Caliphates, Teotihuacan and Maya Tikal in Central America, and Chang’an, capital of Tang Dynasty China.

The medieval world saw the rise of powerful cities: Palermo and Paris in Europe, Benin in Africa and Angkor of the Khmer. In the early modern world, we journey to Islamic Isfahan and Agra, and Prague and Amsterdam in their heyday, before arriving at the phenomenon of the contemporary mega-city: London and New York, Tokyo and Barcelona, Los Angeles and São Paulo.

A galaxy of more than fifty distinguished authors, including Jan Morris, Colin Thubron, Simon Schama, Orlando Figes, Felipe Fernandez-Armesto, Misha Glenny, Adam Zamoyski and A. N. Wilson, evoke the character of each place and explain the reasons for its success, seeing what each city would have been like during its golden age.

'An extravaganza … a terrific line-up of writers, and some superb illustrations'
The Times Literary Supplement

'The history of cities is a history of civilization and such histories do not usually come so clear, so concise, so accessible and so entertaining as this'
The Art Book

John Julius Norwich is the author of magisterial histories of Norman Sicily, the republic of Venice and the Byzantine empire. He has also written widely on architecture and music, and has presented some 30 BBC television historical documentaries. He is Chairman of the Venice in Peril Fund and of the World Monuments Fund in Britain.