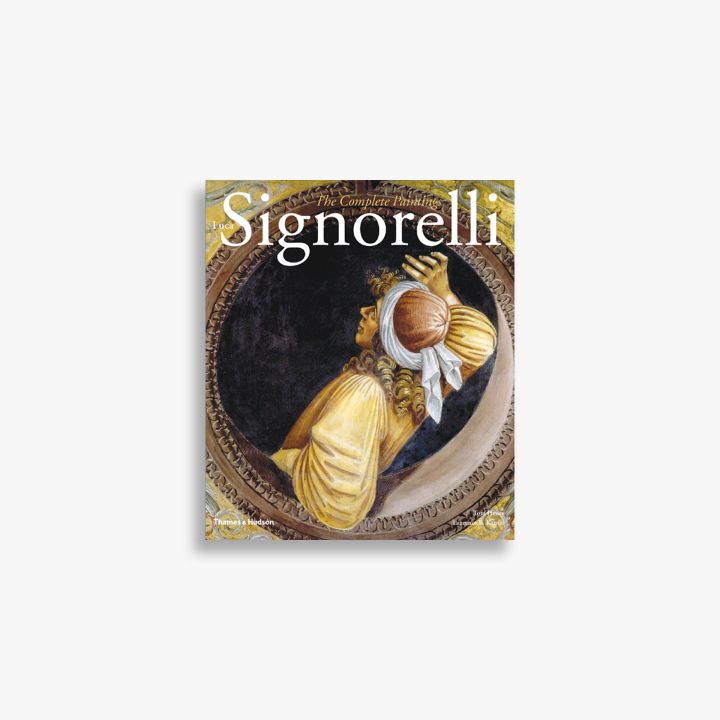 'Should, indeed must, be bought' Brian Sewell, Evening Standard

‘With his profound mastery of design, particularly of nudes, and with his grace in invention and composition, [Luca Signorelli] opened the way to the perfection of art.’ These words, written by Giorgio Vasari in his celebrated Lives of the Most Eminent Painters, Sculptors and Architects, express the great admiration with which Signorelli was regarded by his contemporaries.

Born in Cortona around 1450, Signorelli began his apprenticeship under Piero della Francesca before going on to study with the Florentine masters Andrea del Verrocchio, in whose workshop Leonardo da Vinci, Sandro Botticelli, Domenico Ghirlandaio, Lorenzo di Credi and Pietro Perugino also learned their art. It was as Perugino's assistant that Signorelli realized his first known work, the Testament and Death of Moses in the Sistine Chapel in Rome, in 1482.

Between that date and his death in 1523, Signorelli worked throughout central Italy for some of the greatest patrons of the age, earning himself a reputation as one of the leading painters of his generation. Recently restored – and here exquisitely reproduced – the extraordinary cycle of frescoes of the Last Judgment in the Cappella Nova at Orvieto, rightly considered Signorelli's finest masterpiece and a highpoint of the Italian Renaissance, reveal in all their force and glory the artist’s skill as a colourist of the first rank and as one of the supreme exponents of the male nude.

Illustrated with stunning post-restoration colour plates, this book is the first in fifty years to re-evaluate Signorelli’s importance and to catalogue his oeuvre. In a detailed life of the artist, Laurence Kanter traces his career from its origins in Piero’s workshop to his late work in Tuscany and Umbria. In the catalogue, Tom Henry presents the artist’s entire painted oeuvre, including a number of paintings never before reproduced, while in a separate plate section he discusses twenty-one of his most important works. Together these contributions make up the most complete volume on Luca Signorelli ever published.

'A revelation...the text is deeply satisfying and will repay hours of careful study'
Birmingham Post

Laurence B. Kanter is the Curator of European Art at the Yale University Art Gallery, and the author of numerous books on Renaissance art.

Tom Henry is an internationally recognized expert in Italian Renaissance art. Among his other books are Luca Signorelli: The Complete Paintings, also published by Thames & Hudson.