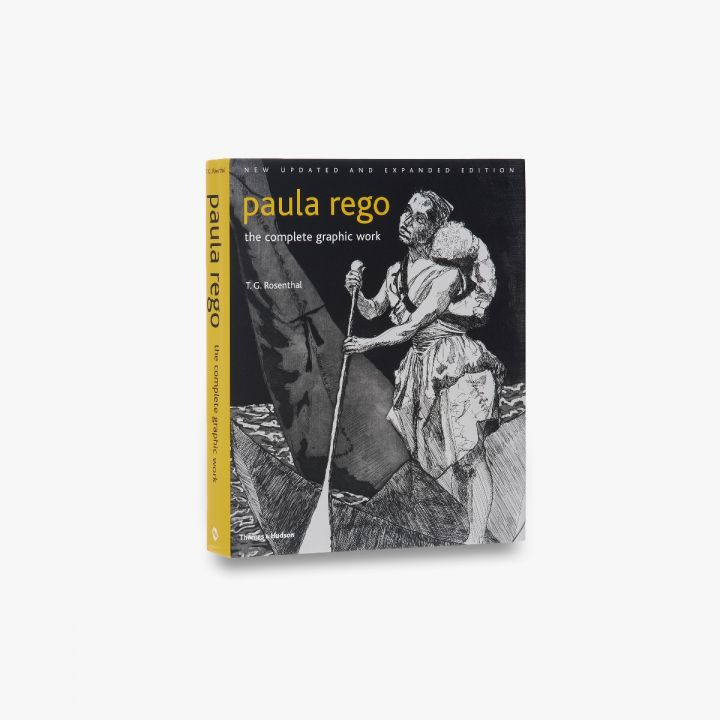 Brings together over 200 of Paula Rego's sensational prints, lithographs and etchings from 1954 to 2003

This sumptuously produced book, now expanded and updated and featuring reproductions in tritone and colour, is the first monograph to deal exclusively with Rego's graphic work. It discusses and illustrates all her prints, including unpublished work - over 200 etchings and lithographs spanning half a century from 1954 to 2003.

Many of Rego’s prints are based on themes, as she says that one image triggers the idea for the next. Among these are Rego’s Nursery Rhymes, which reveal a darkly humorous take on the difficulties of childhood, and provide a rich seam for her precocious girls and individually characterized animals. The narrative layers and emotional nuances of her work are vividly shown in her Peter Pan series of 1992, and also in Pendle Witches 1996, for which she collaborated closely with the poet and writer Blake Morrison, who in turn was inspired by her 1996-98 series The Children's Crusade. The book concludes with her most recent portfolio of lithographs, based more or loosely on Jane Eyre.

T.G. Rosenthal, a long-time supporter of Rego's work, discusses the background to each series, and comments on each print. He also quotes extensively from his and others' conversations with the artist, underlining Rego's subversive humour and her strongly feminist outlook. A fully illustrated catalogue raisonné by Hannah Begbie, a description of Rego's etching techniques by the artist and printmaker Paul Coldwell, a list of exhibitions, a chronology and a bibliography make this a unique source of information on a major aspect of this leading artist's work.

'Stunning … provides the chance to understand and appreciate the range and complexity of her entire graphic output … an incisive, intelligent and comprehensive survey of Rego’s prints'
Printmaking Today

Tom Rosenthal (1936 - 2014) was an art historian, broadcaster, publisher and literary critic. He wrote a number of books, including The Art of Jack B.Yeats, Sidney Nolan and Josef Albers, Formulation : Articulation.