First formed as The Primettes in 1959, when Mary Wilson was just fifteen, the group signed to Motown as The Supremes in January 1961. Following their number one single ‘Where Did Our Love Go’ in 1964, the group saw explosive success.

Known for their eye-catching fashion – and in particular their glamorous gowns – The Supremes released hit after hit including ‘Baby Love’, ‘You Can’t Hurry Love’, ‘You Keep Me Hangin’ On’ and ‘Stop! In The Name Of Love’, touring the USA and Europe and giving television performances. They would become the first black pop group to appear on mainstream American TV, blazing a trail for generations to come.

The bestselling female trio in music history, The Supremes achieved ten number ones on the US charts.

The Thames & Hudson team had the extraordinary privilege of experiencing Mary Wilson’s star power first-hand when working on her 2019 book Supreme Glamour. At photoshoots and events in London, Los Angeles and beyond, Head of Illustrated Reference Tristan de Lancey and the rest of the team were utterly charmed by her infectious energy, unwavering work ethic and passion for life. Her sense of humour and dedication to her work made it even more obvious why this icon is beloved by so many.

Motown founder Berry Gordy reflected on Wilson’s passing, saying ‘The Supremes were always known as the sweethearts of Motown.’ Mary, along with Diana Ross and Florence Ballard, came to Motown in the early 1960’s. After an unprecedented string of number one hits, television and nightclub bookings, they opened doors for themselves, the other Motown acts, and many, many others… Mary Wilson was extremely special to me. She was a trailblazer, a diva and will be deeply missed.’ 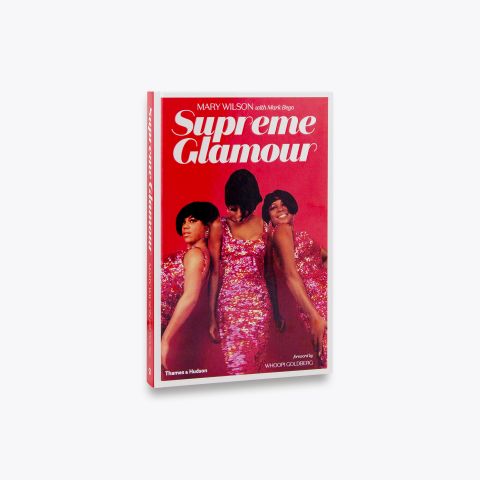