Dalí and the lives of the Surrealists

In the extract from 'The Lives of the Surrealists' by Desmond Morris, read about the childhood that shaped Salvador Dalí's work and his first meeting with Picasso.

When a friend of mine showed Dalí a painting made by my chimpanzee Congo, he studied it carefully and then announced that, ‘The hand of the chimpanzee is quasi-human; the hand of Jackson Pollock is totally an-ee-mal’. This was an astute response because the hand of the chimpanzee was, indeed, struggling to make some kind of order out of the lines it was placing on the paper, creating a primitive form of composition, while the lines of Jackson Pollock deliberately destroy any form of composition, creating a uniform, overall pattern. This comment of Dalí’s says a great deal about what happened to surrealism after its birth in 1924. In his first manifesto Breton defined surrealism as ‘pure psychic automatism’ – a phrase that applies perfectly to what Pollock did when he flicked paint onto the canvas. By that definition, Pollock would seem to be the ultimate surrealist and Dalí, by comparison, would look more like an Old Master. But, although Dalí may have used the painting technique of an academic artist, his imagery was anything but traditional. For Dalí belonged to that special kind of surrealist who painted traditionally, but whose moment of creative surrealist irrationality came before the painting began, when a wildly irrational, unconscious idea flashed through his brain.

Dalí was, without question, the most skilful, most accomplished of all the surrealists. In his early work he was also the most darkly imaginative and inventive. Sadly, after he was expelled from the movement by Breton, he eventually lost his way and some of his later works can only be described as religious kitsch. He also enjoyed acting the fool in public, a device that made him well known to a wide audience. As a result, he became the most famous of all the surrealists in the public mind, to a point where he could boldly make the public proclamation that ‘I AM surrealism’. However, these later aberrations should not be allowed to overshadow the fact that, in his early days, he created some of the greatest surrealist paintings ever made.

Dalí was born in Northern Spain in 1904, making him slightly younger than most of the other key surrealists. (Arp, Breton, de Chirico, Delvaux, Duchamp, Ernst, Magritte and Man Ray were all born in the nineteenth century.) His birth was a strange experience for his parents. Three years earlier his mother had given birth to another Salvador Dalí, a much loved baby who sadly died in 1903. When she gave birth to a second baby nine months later he was given the same name, as if to bring the first Salvador back to life. As a child, the second Salvador Dalí was often taken to see the grave of the first Salvador Dalí and stood there staring at what appeared to be his own name engraved on the headstone. Later, as an adult, Dalí would declare that his notorious excesses were the result of his attempt to prove, over and over again, that he was not his dead brother.

Dalí’s father was a successful notary in Figueres and the family lived well. His mother, not wanting to lose a second child, was wildly over-indulgent and the young Dalí soon discovered that he could get away with appalling behaviour. If he raged and screamed to get his own way, she would try to soothe him and would never discipline him. His father was made of sterner stuff and became his hated enemy. Dalí was bullied at school and paid little attention to his teachers, losing himself in daydreams. At home he persuaded his parents to let him have a small studio where, at the age of ten, he produced his first oil painting, in which he had already worked out problems of perspective. Thanks to his mother he had become a self-centred, spoilt child, but had also found a private way of expressing himself in paint.

With the arrival of adolescence came an obsession with masturbating. His behaviour became increasingly eccentric and at fifteen he was expelled from school as a disruptive influence. Only when he was painting did he take life seriously. When his work was exhibited, the teenager’s talent was already recognized, a local newspaper predicting correctly that ‘he will be a great painter’. When he was seventeen his doting mother died of cancer and Dalí’s childhood was over. He now faced the world, externally as a wildly self-confident eccentric, internally as a timid introvert. Armed with this dual personality, he left Figueres to attend art school in Madrid. There he continued his eccentric behaviour but was also a serious student who spent many hours in the basement of the Prado studying the paintings of Hieronymus Bosch, works that would have a massive impact on him.

In 1925, at the age of twenty-one, Dalí made his first trip to Paris, armed with an introduction to visit Pablo Picasso at his studio. In the eyes of the young artist, it was like an audience with the Pope. He told Picasso that he had given him precedence over the Louvre, to which Picasso replied ‘Quite right’. The impact of Paris was such that Dalí decided then and there to somehow enter its avant-garde world, away from the restrictions of Figueres. Back in Madrid he had tired of his classroom existence and, when taking his final examinations, informed the examining jury that he was withdrawing from the exam because his professors were incompetent to judge his work. He was promptly expelled and took pleasure in his father’s distress.

Dalí spent the next three years quietly painting in isolation in Figueres and his work began to show the first signs of his future genius. In 1927 he was excited by a visit from Joan Miró, who asked to see his work. Miró later wrote to Dalí’s father, urging him to send his son to Paris, because he saw a brilliant future for him as an artist. This did not in fact happen until 1929, when Dalí finally persuaded his father to give him enough money to move there and to make a film with his old friend Luis Buñuel, who was by now an official member of the surrealist group. The film was Un Chien Andalou and it was to be Dalí’s introduction to the world of Parisian surrealism.

Un Chien Andalou marked the beginning of a strange, dark and fabulously successful phase of Dalí’s career; read all about it in The Lives of the Surrealists. 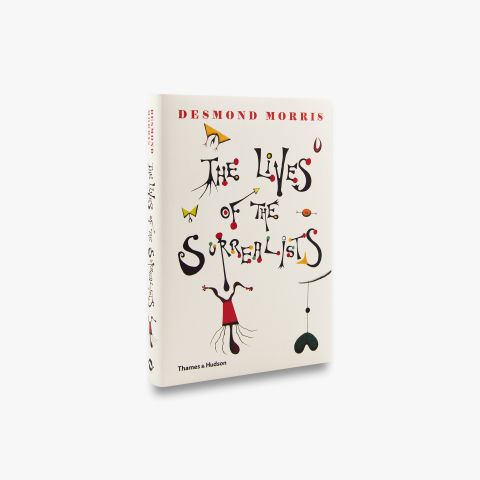 The Lives of the Surrealists

Desmond Morris Out of stock
+