Polaroid’s enduring appeal is more about art than snaps. Put to use by David Bowie, Dennis Hopper and David Hockney, yesterday’s technology has made a lasting impression.

Today there’s nothing novel about instant photography, but in the 1940s, the invention of the Polaroid camera system introduced an entirely new dimension to photography: the facility to get a finished photographic print seconds after taking the picture. This defining feature had a profound effect on both the way the system was used and the pictures it produced.

Polaroid was born in 1943 when Edwin Land’s daughter famously asked him why she could not see immediately the photograph he had just taken. After many vicissitudes it died in 2008 when the film stopped being manufactured. You might say it was killed by the iPhone, and just like Apple, the story of Polaroid technology and the people who used it is truly American.

It is easy to dismiss the Polaroid system as just another camera. My uncle Ken had one, and I loved seeing the pictures appear when he pulled the tab on the new print, but his pictures were lousy because he was a useless photographer. What difference did it really make that the prints were instantly available without the need for a darkroom and commercial processing? Well, take sex for a start. You probably wouldn’t want the man from Boots poring over images of your domestic fun, but with the Polaroid he didn’t get the chance. Using the camera in the bedroom was well established enough to feature in John Updike’s Rabbit novels. In the 1976 movie The Man Who Fell to Earth David Bowie’s character uses instant photography for just that. It’s hard to resist pointing out that one of the Polaroid camera models was called the Swinger.

But the profound difference which instant gratification made was to introduce the camera to a different type of user – the artist. Photographers are a bit nerdy. They like cameras, lenses, f-stops and all that. They are deliberate. Then they liked darkrooms and now they like Photoshop. Most artists are different. They like to take a pen or brush and to make a mark and with Polaroid they could do just that. While photographers typically used Polaroid as part of the process of taking a conventional picture, to check a lighting setup for example, artists quickly saw the possibilities for using the camera to make art. As Paolo Gioli puts it: ‘I use it for the same reason many other artists use the medium, which is the instant image, the direct positive image produced in real time at the speed of a pencil.’

Pressing the button to make the image at once without anyone else getting in the way had obvious appeal for artists, and they learned how to interfere with the developing print to produce different effects. They liked the clear, saturated colours and became adept at manipulating them as Ellen Carey did magnificently in Pulls, 1996-2011. Established artists like Dennis Hopper produced instant isolation in Los Angeles Back Alley, 1987. David Hockney assembled 63 Polaroids to make Still Life Blue Guitar, 1982.

There are some interesting byways to the Polaroid story. The corporation got into trouble because the technology was used to make the passes which supported the apartheid in South Africa. In the German Democratic Republic before the fall of the Berlin Wall smuggled cameras and film gave artists the freedom to operate without State control. In New Guinea the technology stunned the native people, in New York the Brooklyn street gangs took commemorative pictures to document the Ralph Lauren clothing they had stolen. Millions of Polaroid cameras have been sold over the years, used at weddings and parties, by doctors and dentists, at crime scenes and by criminals. But for all their ubiquity, Polaroids are by nature ephemeral and most of these countless photographs have long since been lost or destroyed, leaving its use as an artist’s tool to stand as the camera’s most enduring legacy. 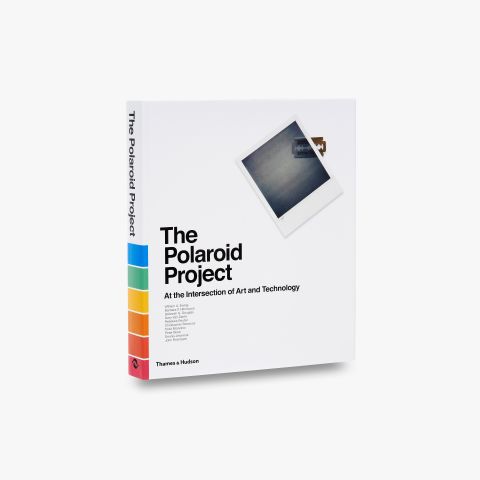