Histories of Nations: How Their Identities Were Forged – Read an Extract

How do writers and citizens in the different countries of the world view their own past? What key events and influences shaped those perspectives? And how accurate are the views from foreign commentators? In 'Histories of Nations' leading writers and scholars from 28 countries give thoughtful, engaging accounts of their own nations history. Read an exclusive introductory extract here.

The world’s largest-ever history lesson, the opening ceremony of the Beijing Summer Olympics in 2008,was seen by more than a hundred heads of state and an estimated television audience of two billion people. A giant flexible LED screen was unrolled across the stadium floor, on which were projected aspects of China’s cultural history, including the first of what it claims as its great inventions: paper. Three more of these inventions – the compass, gunpowder and printing – were then celebrated in spectacular fireworks and enacted in vast moving tableaux that drew on images of the Chinese past, the Terracotta Army, the Great Wall and the voyages of Zheng He. Awed by the colour, scale, discipline and lavishness of the show, the world saw how China wants its past, and its present, to be viewed: as a majestic civilization that owes little to outsiders and has bestowed great gifts on the rest of the world.

Four years earlier Athens had done much the same, albeit on a less awe-inspiring scale. Greece presented itself both in terms of the indisputable gifts of its own civilization to the world – classical sculpture and, of course, the Games themselves – and its  ‘national’ history, from the Bronze Age Minoans and Mycenaeans to the reign of Alexander the Great, the creation of the city of Byzantium, the achievement of independence from the Turks and modern ironic popular culture.

The opportunity for a nation to present such a high-profile, massaged image of its history and heritage to the world is a rare and powerful one, and it is hardly surprising that countries compete for the chance to host the Olympics. It is universal, though, for nations to seek ways of manipulating that same self-image internally for their own citizens, particularly through public commemoration and ceremony, as well as through control of the education syllabus and through the media. A country’s history is a vital part of national self-definition, and as such it is often highly controversial. In recent decades ‘history wars’ over the content of school textbooks have broken out in countries as diverse as Australia, Canada, Russia and Japan, while in Britain successive governments have sought to propagate the elusive (and perhaps vanishing) concept of ‘Britishness’ through a particular reading of the island’s history.

Such national histories have been the backbone of the entire historical profession since the 19th century, when many state historical institutions were set up. Although today the field of history has broadened to include many topics unimaginable to those earlier historians, all countries make their own past the centrepiece of their education and their historical research, sometimes to the virtual exclusion of all else. In addition, most countries make history a compulsory subject in school, recognizing how vital a component it is in shaping national identity and inmoulding society’s energies.

But history is not just the creation of academies and governments: it is ubiquitous. It is in the air we breathe, in the cities we inhabit and in the landscapes we roam. People learn their own history at home, in stories told by family members and by the media, in folk tales and on television, from public statues and war memorials, and from prominent architecture, museums and galleries. The history imbibed from such sources is rarely questioned, and sometimes barely even recognized. This can make it very different from the history practised in Western colleges, where the liberal instinct is to be sceptical of received wisdom, to question the authority of the source, to frame knowledge in a broad context and to seek a novel interpretation. As a result, in many countries – perhaps especially those with the most firmly established traditions of academic life – there is a deep disjunction between the history of the academy and that of the people.

The ‘academic’ history of the world has been written many times, especially in the last fifty years when the emergence of a world economy and ideological conflicts have made a search for a unified world history a realistic endeavour. Sometimes it has been done by hugely energetic and polymathic individuals with a line to argue, such as, for example, the ‘triumph of theWest’ of which John Roberts spoke in the 1980s, the ‘clash of civilizations’ of Sam Huntington from the 1990s, or the environmental history of John McNeill in the 2000s. Sometimes it has been the product of teams of scholars or educators working to an agenda in an attempt, so far as is possible, to remove subjectivity, perhaps by ensuring that each part of the world is given equal weight. Either way,every completed account of the history of the world is a work of synthesis that contextualizes the more detailed research of others, and as such is a reflection of the wider preoccupations of the years in which it was produced.

Extract from Histories of Nations: How Their Identities Were Forged by Peter Furtado 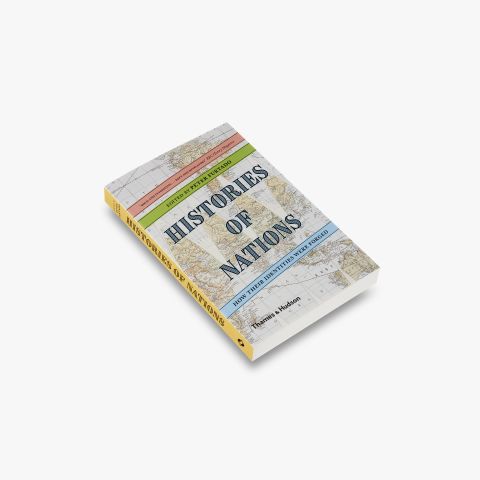 How Their Identities Were Forged Peter Furtado
£9.99
+