Figurative Painting in the 20th Century: An Interview with Timothy Hyman

A robust corrective to the notion of the 20th century as the age of abstraction, Timothy Hyman’s vision of modernism is as compelling as one of his paintings.

In developing his own distinctive pictorial language Indian painter Bhupen Khakhar had to free himself from the constraints of international modernism. He looked instead to the Sienese painters of the 14th century, who he said sought, like him, to ‘include the narrative elements in a painting without destroying its structure.’ [Credit: Bhupen Khakhar, You Can’t Please All, 1981]

A writer, curator, teacher and art historian, Timothy Hyman RA is above all a painter. Peopled with idiosyncratic characters, inhabiting a chaotic, often dreamlike, sometimes even magical vision of London, his paintings are rooted in human experience, immersing the viewer in a complex narrative in which Hyman himself often plays a central part. With influences ranging from Indian art and the Sienese painters of the late Middle Ages and early Renaissance, to Pierre Bonnard and Stanley Spencer, Hyman takes his place in a tradition of figurative painting that has been sidelined in accounts of 20th century art, with its practitioners cast, writes Hyman, as ‘backward children, conservative throwbacks, outdated survivors.’

‘Let’s say all art for 30,000 years was figurative until 1910, and then something peculiar happened: we had this “progressive” thing called abstraction and this other thing suddenly became called “figuration”. It’s bizarre really – like a conjuring trick. I hope it’s understood that I’m not attacking abstract painting. It’s something to do with this linear notion of progress and evolution – which seems to me entirely inappropriate for art. It doesn’t bear examination – is Giotto really less “progressive” than Raphael? We’ve got to rethink all that.’

Hyman’s book The World New Made is a celebration of more than 50 painters, all testifying to their ‘resistance’ within each prevailing cultural tyranny. In words as well as pictures they give a vivid sense of what it felt like to be at best unregarded, and at worst persecuted. Alongside early Chagall and late Philip Guston are less well known figures like Alice Neel and Marsden Hartley, Ken Kiff and Bhupen Khakhar, Charlotte Salomon and Jacob Lawrence.

Stanley Spencer is a household name now, but as Hyman recalls: ‘When I was a student at the Slade, Spencer was literally unmentionable’. The attitude extended to the Tate Gallery too: ‘In my early years as an artist Spencer wasn’t actually in the main galleries. They couldn’t quite get rid of him, so they put him in the staircase leading down to the loos.’ As lead curator of Tate Britain’s Stanley Spencer retrospective in 2001, Hyman has played an important role in his rehabilitation: ‘I’ve had a pretty strong lifelong guilt that at art school I’d betrayed my own taste – that I wasn’t all that brave, and that has been powerful fuel for the book, even if it’s 40 years too late!’

Even so, Hyman’s counter-narrative embraces the insights and preoccupations of abstraction, not least the concept of ‘the Void’, which artists rejecting representation are inevitably forced to confront: ‘I’m drawn to the Void and I think most of the artists in my book were – but in the end they came out the other side, into the object and the figure. For Max Beckmann and many others the very presence of this Void and the attraction of it generated these claustrophobic masses of figures and things. I put myself in that category – I often feel I am in flight from the Void.’

Influenced by a diverse roster of artists, from the Sienese painters of the late Middle Ages and early Renaissance to Pierre Bonnard, Timothy Hyman’s paintings teem with life, evoking a powerful sense of artist and place. [Credit: Timothy Hyman RA, Melancholy in the City of our Life, 2015]

Perhaps the most notable aspect of the book is its global perspective, offering a rich interpretation of the past: gender and sexuality, political and social entanglement all contribute to Hyman’s exploration of individual paintings. A new 20th century emphasis is announced in the title of the central section, First Person Painting, with artists like Frida Kahlo and Pierre Bonnard becoming protagonists within their own imagery. Cumulatively, the assembling of so many fascinating paintings by artists often thought of as marginal or eccentric, alters our sense of modern art and of its possibilities in the future. The World New Made really does bring together the ‘Episodes from an Alternative History’ promised in Hyman’s introduction – not just as a counter-argument to formalism, but as an unpredictable lineage, to nourish the storytellers and microcosm-makers of the next painting generation.

Woman, artist, mother, wife, daughter: although highly autobiographical, the compelling ways in which Paula Modersohn-Becker’s self-portraits grapple with multiple and conflicting aspects of her identity offer insights in to female experience that extend beyond the personal. [Credit: Paula Modersohn-Becker, Self-Portrait on My Sixth Wedding Anniversary, 1906] 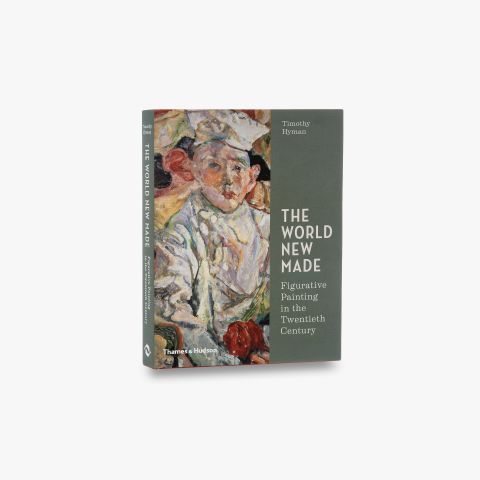 The World New Made