'Every Saint Laurent outfit was a story, a character from a film, a play or an opera.' Read an extract by Olivier Flaviano, Director of the Musée Yves Saint Laurent Paris.

From 7 a.m. on the day of the show, the clothes would be sorted onto racks for each model. The house dressers would prepare reference cards, onto which were taped the details for each garment, including the name of the atelier, the garment description, a fabric swatch and a Polaroid. The models arrived at 8 am to have their hair and make-up professionally done; before 1976, the models would do their own make-up under instructions from Saint Laurent or the studio. It was also in 1976 that out-of-house models were first brought in to work alongside the house models, arriving a few days before the show so that their outfits could be properly fitted. The original six models were increased to a dozen in the 1980s, and fifteen or more in the 1990s, each of them walking the runway four or five times. Supermodels did not really arrive until this period.

Pierre Bergé usually rehearsed the finale, but the show never began until he spoke these words to the woman who became chef de cabine in 1985: ‘Nicole, time to dress….’ Every model was assigned a dresser, while the premières d’atelier, accompanied by their seconde, moved between the racks, tweaking the outfits and making any necessary adjustments. The entire studio was kept busy preparing for the show. Once a model was dressed, jewelry and headwear were added. In 1962, Saint Laurent designed a necklace with a heart-shaped pendant, made by the house of Scemama, and gave it to Victoire, his friend and favourite model, to wear. The ‘Heart’ was brought back in a second version in 1979. From then on, it became a sort of lucky charm, which the designer would always bring from his home on the day of the show, in an Yves Saint Laurent haute couture shoebox, to bestow upon his chosen model.

‘If the photographers wouldn’t mind removing their cameras from the catwalk, the show will be able to start,’ Pierre Bergé would announce. Yves Saint Laurent shows always began on time. The voice announcing the number of each design, in both French and English, was originally that of a vendeuse, but from 1977 onwards it was Bénédicte de Ginestous, who served as chef de cabine for several years and always came back for the collections even after leaving the house. In his white coat, Saint Laurent adjusted each garment, before Pierre Bergé, like a stage manager poised at the entrance to the catwalk, set the model on her way.

Modelling did not simply mean wearing clothes, giving them shape and form; it meant interpreting them. Every Saint Laurent outfit was a story, a character from a film, a play or an opera. His catwalk stars expressed this character through gestures; as they walked, they put a hand in a pocket, adjusted their gloves, or unbuttoned their coat to reveal the striking colour of the blouse beneath. The shows were as much a performance as a presentation. Saint Laurent never forgot that the sole aim of his work was ‘to serve women, not to use them’. ‘Fashion has recently become a complete performance,’ Yves Saint Laurent told Françoise Sagan in 1980. ‘It is shown on stages, with musicians, sets and props, which are primarily there to impress – for effect rather than for any other reason. It is no longer couture, it is showbusiness…. However, the result is often that the show is perfect but the dress is unwearable.’ As far as Saint Laurent was concerned, his idea of performance was closer to the concept of ‘making people feel something by means of an image’. ‘Anyone who has seen an Yves Saint Laurent collection’, said Pierre Bergé, ‘is well aware that, even though the purpose is to present the clothes, that’s not the only goal. Far from it. To Yves – and this is what makes him unique – a collection is a way to express his fantasies, awaken his dreams, weave his legends together and turn them into contemporary fashion…. The applause rings out like gun shots. Yves has overseen everything, watched everything, heard everything. He comes out, his head reeling with all the dreams that have come bursting out of it. Haggard, exhausted, happy.’

‘While you’re working on it,’ Saint Laurent said, ‘a collection belongs to you, it’s sacred. But as soon as it’s presented to other people, you feel a violent sense of frustration, you feel dispossessed. Then depressed. Then that wears off. Then comes the moment that I like best: you feel the joy of having contributed something, you see women wearing it, the garments come to life. And life begins again.’ 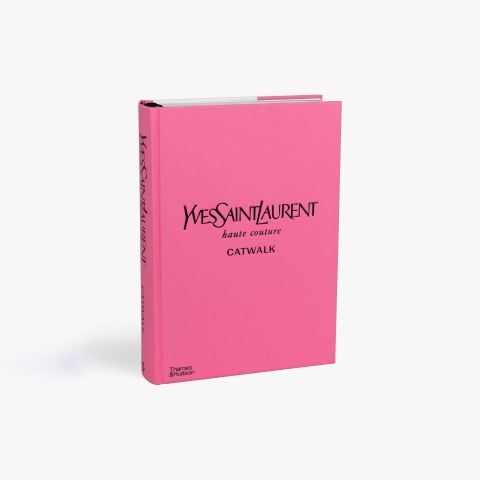 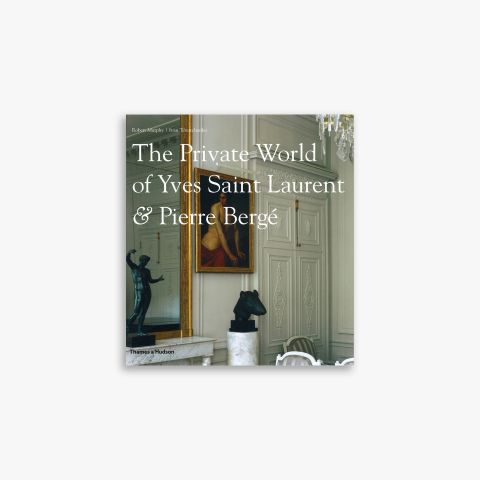 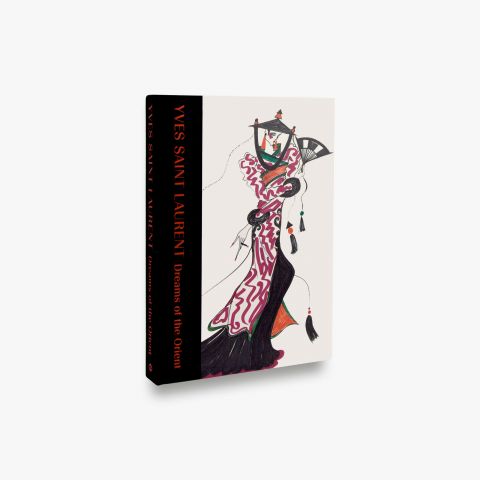