Dr Ben Ware on the artworks of Francis Bacon

Dr Ben Ware on how we can interpret Francis Bacon’s art philosophically.

Dr Ben Ware (Editor of Painting, Philosophy and Psychoanalysis) is the Co-Director of the Centre for Philosophy and the Visual Arts at King’s College London, as well as the Philosopher in Residence at the Serpentine Galleries, London. This is the first half of Ware’s essay on how we can interpret Bacon’s art philosophically.

Confronting one of Francis Bacon’s canvases, the first emotion felt by the spectator will no doubt be a combined sense of bewilderment and disorientation. What are we to make of the sucked-in and brutalised faces, the bulging and contorted bodies, and the large fields of colour which enframe the deconstructed figures? The paintings are clearly important – in 2008, on the eve of a MET centenary retrospective, the critic Robert Hughes described Bacon as ‘the toughest, the most implacable, lyric artist in late 20th-century England, perhaps in all the world’[1] – but how should we begin to read them? Can these distorted and troubling images even be read at all?

Bacon is certainly not an ‘abstract’ painter, as some critics have argued. Indeed, Bacon himself hated abstraction, describing a room of Rothko paintings at the Tate as ‘depressing’ and ‘the most dreary paintings that have ever been made’. He is, as he says in numerous interviews, a ‘figurative painter’; but at the same time, he clearly breaks with conventional figuration, elevating the figure to a new level of disconcerting prominence, depicting the human body in a permanent state of discomfort or agony. Bacon’s figures-in-pain are, however, not damaged by war, disease or torture: they are ordinary bodies in ordinary situations – friends or lovers sitting on chairs or reclining on beds. It is the artist himself, therefore, who inflicts the injury: a violence which bespeaks a complex and contradictory relation towards the subject – a simultaneous tenderness and hostility. As Oscar Wilde famously remarked (and Bacon himself quoted): ‘Each man kills the thing he loves’.[2]

To the extent that Bacon’s works have been read philosophically, such readings have tended to move in one of two directions: towards a version of existentialism or towards the reading of Bacon put forward by the French philosopher Gilles Deleuze. On the existentialist reading (now perhaps the most clichéd of all philosophical approaches to Bacon), the artists’ work is understood to deal primarily with the ‘horror’ and ‘absurdity’ of post-War existence. Works such as Head VI (1949) and Study for a Portrait (1949) are taken to present ‘extreme situations’, evoking the claustrophobia, abandonment and despair found in existentialist texts such as Sartre’s Huis Clos. According to one commentator, ‘the screams and cries that many of Bacon’s figures emit can […] be viewed as [arising from a] confrontation [with] the primal horror of existence’.[3] Moreover, Bacon is said to present the spectator with a Godless world; or more specifically, his painting provides a ‘visual representation of the death of God’ – evidenced by the fact that traditional theological symbols such as the Pope and the crucified Christ become, in the artist’s hands, subjects of ‘ridicule and subversion’.[4] Such a reading is, without a doubt, helped along by Bacon himself, who, in his famous interviews with David Sylvester, often adopts a kind of existentialist register:

I think that man now realizes that he is an accident, that he is a completely futile being, that he has to play out the game without reason. I think that, even when Velasquez was painting, even when Rembrandt was painting, in a peculiar way they were still, whatever their attitude to life, slightly conditioned by certain types of religious possibilities, which man now, you could say, has had completely cancelled out for him. Now, of course, man can only attempt to make something very, very positive by trying to beguile himself for a time by the way he behaves, by prolonging possibly his life by buying a kind of immortality through the doctors. You see, all art has now become completely a game by which man distracts himself.[5]

Bacon is, however, no existentialist painter (whatever that might mean). If existentialism turns absurdity and meaninglessness into a kind of universal doctrine, then Bacon’s work simply takes it literally – often, we should say, to the point of parody. At the same time, Bacon’s paintings are not ‘about’ alienation or despair; they are not attempts to say anything philosophical about the so-called condition humaine. Rather than articulating a ‘message’, Bacon’s whole artistic enterprise – at least as he conceives of it – is concerned with unlocking ‘sensation’; with bringing the image – usually a distorted re-working of a photograph or a film still – directly and violently onto the beholder’s ‘nervous system’.[6] As he puts it, paraphrasing the writer Paul Valéry, ‘I want […] to give the sensation without the boredom of its conveyance.’[7]

Dr Ben Ware (Editor of Painting, Philosophy and Psychoanalysis) is the Co-Director of the Centre for Philosophy and the Visual Arts at King’s College London, as well as the Philosopher in Residence at the Serpentine Galleries, London. This is the second half of Ware’s essay on how we can interpret Bacon’s art philosophically.

After the existentialist reading of Bacon (outlined in part one of this essay), the second dominant philosophical approach to the artist’s work is the one put forward by Gilles Deleuze. Deleuze‘s central thesis, outlined in his 1981 study Francis Bacon: Logique de la Sensation [Francis Bacon: The Logic of Sensation] is, in some respects, a simple one. Its basic outline is given on the first page of the Preface to the English edition:

Francis Bacon’s painting is of a very special violence. Bacon, to be sure, often traffics in the violence of a depicted scene: spectacles of horror, crucifixions, prosthesis and mutilations, monsters. But these are overly facile detours, detours that the artist himself judges severely and condemns in his work. What directly interests him is a violence that is involved only with colour and line: the violence of a sensation (and not of a representation), a static or potential violence, a violence of reaction of expression.[8]

Deleuze here thus distinguishes between sensational violence (the spectacle of mutilations, monsters and screams) and the violence of a sensation (associated with colour and line), which, for him, is the real concern of Bacon’s art. The paintings, he argues, reprising Bacon’s own claims, bypass representation and act directly and violently upon the spectator’s ‘nervous system’ (a phrase which he repeats no less than ten times during the book).[9]

Deleuze’s Logic of Sensation seems to do two things at the same time: it applies the author’s own ready-made philosophical system (consisting of concepts such as ‘invisible forces’ and ‘body without organs’)[10] to Bacon’s painting at the same time as it rehearses Bacon’s own claims about his art and aesthetic outlook. The effect can, at times, be disorienting. Who, exactly, is speaking at any given moment? Is it Bacon or is it Deleuze? Is philosophy leading art or is art leading philosophy? Perhaps most problematic is Deleuze’s suggestion that all of Bacon’s paintings operate according to the same logic of sensation. By focusing exclusively on what we might call the affective dimension of Bacon’s works, Deleuze fails to give an account of just what it is that actually compels our interest in them: why do they continue to mean something to us as paintings, not just as things that might (or might not) provoke a certain neuroaesthetic response?

Without wishing to completely downplay the philosophical and aesthetic significance of Deleuze’s reading (a reading that did much to cement Bacon’s reputation as an intellectually serious painter), it would appear that the time is now right to open up a new theoretical dossier on Bacon’s complex and fascinating work. There are numerous directions of travel that we might take here; but one of these is certainly suggested by psychoanalysis. In his interviews with Sylvester, Bacon explains that when he makes an image ‘chance and accident take over […] and if anything ever does work, it works from the moment when consciously I don’t know what I’m doing.’[11] Painting thus involves, for Bacon, ‘thinking of nothing’ and merely making ‘marks’ upon the canvas – marks about which he ‘doesn’t know’ how they will behave.[12]

Bacon refers to this process as one of ‘unlocking’; and here we can draw a direct connection between his creative practice and the technique of psychoanalysis. At the core of psychoanalysis is the activity of free-association, whereby the analysand (patient) says immediately what comes into the mind without attempting to consciously control thought. Freud famously described it as like a passenger in a train carriage who describes to someone else inside the carriage the changing views which he sees outside the window. By using free-association to overcome the constraints imposed upon ordinary speech, it is possible, according to Freud, to expose the workings of the unconscious: ‘when conscious purposive ideas are abandoned, concealed purposive ideas assume control’ (Freud).[13] Interestingly, then, one might see Bacon’s entire creative process as an example of psychoanalysis played out in the realm of art. The patient is not cured by free-associating, she is cured when she can free-associate; and this is what Bacon does so adeptly, so uniquely, in his own aesthetic register. By relinquishing conventional narrative control and allowing new associations to form, he opens up a radically new image-space – not one of pure randomness, but one in which fragments assume a new and hitherto unimagined order.

It is certainly no coincidence that Bacon’s studio at 7 Reece Mews in London’s South Kensington famously resembled a rubbish-dump; for a rubbish-dump (of all our impressions) is precisely what the unconscious is: a strewn landscape from which the artist is able to unearth so many secret and concealed things. 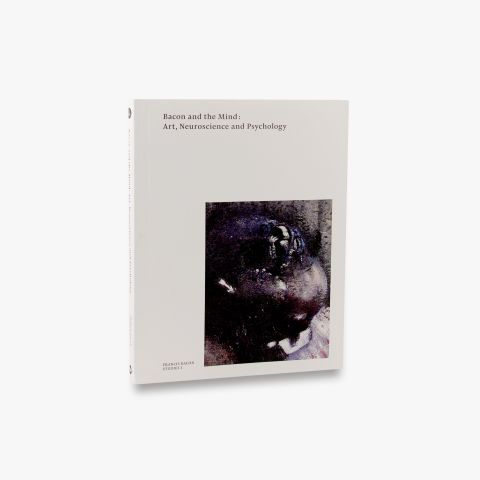 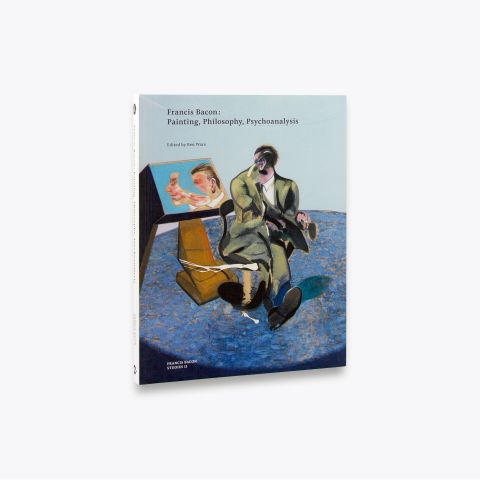