Daydreams on Wax: Highlights from the Golden Age of Record Cover Design

Celebrating the second golden age of record cover design: the secrets behind some of the most iconic covers of the past 20 years.

In 2017 physical records outsold digital sales for the first time since 2011, but it’s not just indie stores and vinyl pressers that benefit; there has also been a renaissance in album artwork.

Designers were once the darlings of the record industry, with huge budgets and little outsider understanding of their magic. Music’s digital migration threatened irrelevance, but despite the convenience of streaming, buyers realised they were losing something far more valuable: the ability to see, hold, and cherish the music that defines them.

Artwork was once a necessity, visually representing the album on the shelf before a song was heard. Now, you can listen to an artist’s whole catalogue without seeing a single image. The cover is no longer the shop front, but a physical extension of the recorded artform, there through choice, not necessity. This has coincided with the rise of two new phenomena: single club reissues, and artist boxsets, two products for which the physical packaging is very much the selling point.

Today’s designers face completely different challenges to those of the industry’s heyday. Technology is more advanced and accessible than ever, but budgets are a fraction of what they once were. Innovation is limited not by imagination, but by the money available. Still, for the talented designer, now is a second golden age for record sleeve design.

Robert Beatty started life in the underground experimental music scene, releasing tracks as Hair Police and Three Legged Race. However, it was his psychedelic artwork for record sleeves and small publications that gained him national notoriety. Working with musicians as varied as Kesha and Ariel Pink, his colourful and abstract designs are iconic but never retro.

Beatty’s cover for Tame Impala’s third album Currents perfectly displays the surreal nature of his work. A chrome ball ripples through a vortex of parallel purple lines, an image that references both science and hallucination, matching the music’s own precise rhythms and dreamlike soundscapes.

Beatty worked closely with band leader Kevin Parker to create the cover, evoking diagrams of fluid dynamics and vortex machines. Beatty’s first draft utilised an overhead view of the scene. This was rejected, but later used in the gatefold artwork. For the second design, he chose a more dynamic angle and the cover was finalised with no further revisions.

For some designers, the most exciting opportunity is a singles club reissue: a re-released track, newly packaged. The Secret 7” is one such project, which releases unlabelled disks in specially commissioned covers. Here, the design is the selling point, not the music. The project gives designers the opportunity to interpret music in their own visual language, while raising money for the War Child charity.

One notable cover came from transatlantic partners Non-Format, consisting of Norwegian Kjell Ekjhorn and American John Forss. Non-Format prefer working with independent labels rather than majors, giving them the creative freedom to blur the lines between commercial design and bona fide art.

Their contribution for The Secret 7” was a specially made concrete sleeve containing a copy of Peter Gabriel’s Sledgehammer. The record was sealed within, only viewable through four holes, and accompanied with a note reading “The greatest show of strength is non-violence.” Wholly impractical as packaging, the release gives new purpose and deeper meaning to the Eighties record.

'What Was Wound' by Unwound – design by Henry Owings

The return of vinyl records has seen renewed interest in deluxe box set reissues. These offer designers the chance to dive deep into an artist’s entire career, with various covers and booklets needing new looks. However, according to designer Henry Owings, these projects are occasionally closer to puzzles than artwork. Owings has a history in archiving, which he finds useful when trying to compile decades of photographs, drawings and material.

When designing artwork for Unwound’s box set What Was Wound, Owings found that the wealth of material he had been promised failed to materialise. Knowing he would need more images to complete the project, he contacted every photographer he knew. After sourcing negatives, along with web-resolution photos, he set to work repurposing the images for large-scale print. The resourcefulness required, combined with a creative approach to low quality material, makes a box set one of the most complicated commissions around. 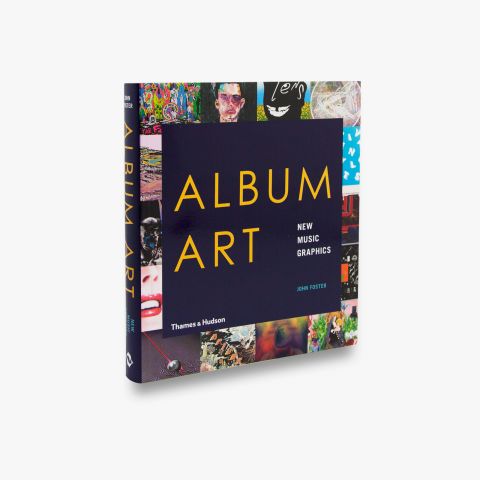