Colin Renfrew on the power of archaeology

Professor Colin Renfrew talks about careers, the latest discoveries, and the future of archaeology, to celebrate the new eighth edition of Archaeology: Theories, Methods and Practice.

How has the field of archaeology changed since the first edition, published in 1991?

There are two main aspects. One is the technical side, in which there are improvements in radiocarbon dating, isotopic analysis, characterisation and developments in metallurgy. The other side is the way that public archaeology has matured. The objectives are still, in a broad sense, what they were: to tell us about the things we want to know about the human past, including the remote past and the emergence of humankind, where there are similarly important developments, but I think it’s the way public archaeology has expanded and bedded down.

Rescue archaeology is also very important, whether it’s roads or cities – there’s a lot of work to be done where the archaeological record is going to be destroyed, so that’s a very large component of public archaeology, so I would lay emphasis on those two things. The developments in the technical means of the archaeologist and the motivations for which excavation is undertaken.

What are the biggest trends in the field now?

One is the emergence of humankind –hominins and Homo sapiens– which is a focus of great interest, and then the distribution of Homo sapiensfrom Africa and West Asia to Europe. Another aspect is that we are genuinely learning more and more about different parts of the world so you can study the development of complex society in China, in Mesoamerica or South America. And then a lot of people have specific area interests, for example if you live in the United States then you’re likely to be interested in Native North Americans. Finally, there are always new surprises in each field and new elaborations. For example, in Mesoamerica new lost cities are still being discovered. There’s nothing more Romantic than a lost city!

A further trend to add is the effects of changes in climate, not just on a global level, but the local, such as thinking about which crops are going to do well in a certain region. So that’s part of the fascination of archaeology – it intersects with the technical ways in which we establish how climate has changed, but also investigates the impacts of climate change. That’s one of the wonders of archaeology: it is legitimately concerned with all these different aspects and has contributions to make to them.

Where do you think the field is going in the next 5-10 years?

It’s very difficult to sum this up. The pace of discovery remains really impressive and new major sites are being discovered in different parts of the world. I also think the understanding of archaeology by people at large is developing. In different countries of the world there remains real interest in the progress of archaeology, and new site museums are being built across the world. I’m rather impressed by the site museum in Liangzhu in China, west of Shanghai. Liangzhu is a fascinating early town site with lots of wonderful jades and mysterious symbolism that will fascinate you. The development of complex society remains one of the underlying themes in any part of the world; it’s exemplified in different ways, so that’s something that continues to fascinate.

The new edition of Archaeology has a lot of new information on ancient DNA. How do you think this research has affected the field?

It’s been rather surprising. Obviously, I think the origins of humankind is particularly interesting and it’s here that ancient DNA research continues to surprise us. More recently I think we have been surprised at the extent of which the dispersals that Marija Gimbutas argued for, have been to a large extent substantiated by DNA, much more than anyone expected. Ancient DNA, when talking about Asia to Europe, has been documenting the significance of movements of population. Of course, there are major migrations elsewhere, with the first peopling of the Americas and so on, that was always advocated much before DNA was even understood. Humankind originated in Africa, and then Homo sapiensmigrated out of Africa and came to the Americas across the Bering Straits, and this is being documented in much greater detail, in a very satisfying way. DNA of modern populations was sound enough, but it is very interesting that these ancient dispersals are now being documented in very good detail through Ancient DNA. It really is exciting.

The new edition covers more research in Asia. Could you talk about this in more detail?

The main new coverage in Asia is the Liangzhu site in China, which I touched upon earlier, but also the history of Japanese archaeology. Japanese archaeology is hugely intense – they have very thorough rescue archaeology, too. As a Westerner it is fascinating to travel around the Japanese sites. A few years ago, my wife and I visited Nara, which is one of the traditional ancient cities of Japan with beautiful temples. We were so fascinated by the rites and the rituals that were performed. Sites have been much more carefully preserved in Japan.

How do you think archaeology is faring with increased tuition fees and the pressure on students to take STEM subjects?

A very British question! I think there was a boom in archaeology and people now have been thinking more carefully about getting jobs. Archaeology retains its fascination for people, but there are only two or three job categories: the university world (which expanded rapidly in the 60s) and there won’t be an expansion like that again. Then you have the field of professional archaeology. Rescue archaeology depends on the extent at which money is being spent on development, so it comes and goes. I think the impact of rescue archaeology in creating new jobs for graduates happened many decades ago and things are probably more stable now. Now if people are interested in archaeology, they do have to ask themselves – will I be able to get a job at the end of this? The other career to consider is, of course, publishing! Archaeology remains a fascination to many readers, and therefore it’s a major section in any publishing house that’s interested in the cultural world.

Why do you think archaeology is important to the general public, and to students who may take archaeology but move into other professions?

Archaeology is asking a really profound question which is of interest to everybody. If you ask who are we, and what are we doing on earth, whilst there are religious answers, archaeology looks at the story of how we got here as a species, in different cultures, different civilisations and different political powers. Whether you’re interested in the histories of foodstuffs, politics, economics, the origins of production and metallurgy – these are all things that archaeologists can talk about. Archaeology is fascinating from all these dimensions – questions of power, religion, technology, both technology of diet and also of developed cultures. We also have cognitive archaeology – the issues of cognition and the way people structure their thinking. Archaeology can deal with this and has been increasingly dealing with it. 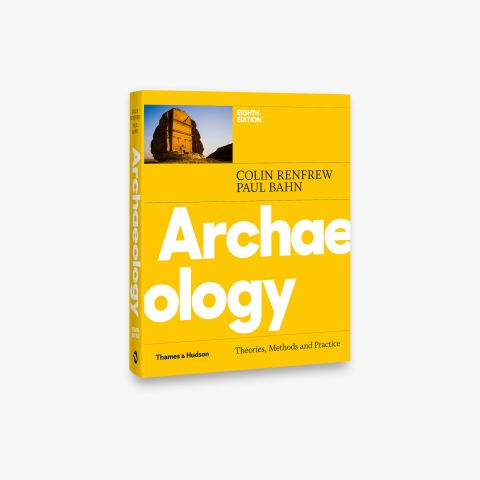