'Modern Art' is a journey through seventy individual movements and topics, from Impressionism to Conceptual Art. Read an exclusive introductory extract here.

This enormous painting is a non-representational, purely abstract picture. The entire canvas is covered with geometric forms in a wild variety of colours. [© Morgan Russell, 'Synchromy in Orange: To Form', 1913–14 Oil on canvas, 343 x 308.6 cm (135 x 1211⁄2 in.) Albright-Knox Art Gallery, Buffalo].

This is an extract from Modern Art.

Synchromism (meaning ‘with colour’, derived from Greek) was a style of painting invented by two American painters, Morgan Russell and Stanton Macdonald-Wright. They drew on the structural principles of Cubism and the colour theories of the Neo-Impressionists in their experiments in colour abstraction. Like their contemporaries, they strove to formulate a system in which meaning did not rely on resemblance to objects in the outside world, but was derived from the results of colour and form on canvas.

Russell was also a musician and his aim was to orchestrate colour and form into harmonious compositions like those in musical symphonies. The musical analogy, and other Synchromist features, are visible in Russell’s monumental painting Synchromy in Orange: To Form (1913–14). Cubist structures are enlivened by chromatic combinations and free-flowing rhythms and arcs, which create a sense of dynamism.

The Synchromists exhibited in Munich, Paris and New York in 1913 and 1914, causing uproar and controversy. They exerted an enormous influence on other American artists, however, such as Thomas Hart Benton, Patrick Henry Bruce and Arthur B. Davies, who were all called Synchromists at some point in their careers. By the end of the First World War Synchromism had almost entirely died out, with many of its practitioners returning to figuration.

A sense of movement and dynamism

Orphism – or Orphic Cubism – was a term coined by French critic-poet Guillaume Apollinaire in 1913 to describe what he saw as a ‘movement’ within Cubism. Unlike monochromatic Cubist works, these new abstract paintings were bright lozenges and swirls of saturated colour dissolving into each other. Orphism referred to the myth of Orpheus, the legendary Greek poet and lyre-player, whose music could tame wild beasts. For Apollinaire this term conveyed the musical, spiritual quality of these harmonious compositions that furthered the fragmentation of Cubism through colour.

The two painters most enduringly associated with Orphism are French painter Robert Delaunay and his Russian wife, Sonia. Both were pioneers of colour abstraction. Robert studied Neo- Impressionism, optics and the interrelationships of colour, light and movement, and produced works such as Simultaneous Contrasts: Sun and Moon (1913), in which the principal means of expression lies in the composition of colour rhythms. Apollinaire called Delaunay’s pictures ‘coloured Cubism’, but Delaunay coined his own term, ‘Simultanism’, to describe his style. Between 1912 and 1914 Sonia made her first abstract paintings in the Orphist style. Typically working in many different media, she also made collages, book bindings and illustrations, and clothing, taking the new abstract style into the applied arts.

The first title in the Art Essentials series is Looking at Pictures. Read an extract here. 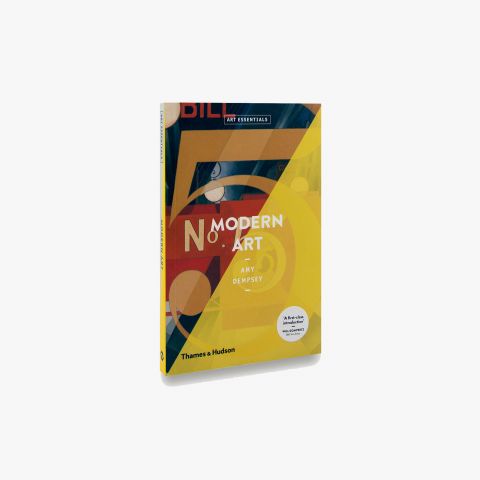