Antony Gormley and Martin Gayford on the incomparable power of sculpture

In this extract from 'Shaping the World', renowned sculptor Antony Gormley and art historian Martin Gayford discuss the awe-inspiring experience of encountering an eleven-foot winged lion, and the power of sculpture to 'reach across time'.

AG: As a child I saw the great head of Ramesses and the Assyrian winged lions at the British Museum, as well as the basalt moai, Hoa Hakananai’a, from Rapa Nui (or Easter Island). These were among the experiences that made me become a sculptor. They are objects that reach across time and touch us intimately.

A sculpture is this thing that has the capability of changing your mind, altering the way you feel, and inviting you to look at the world in a completely different way. It is a material proposition, which asks: ‘Can we look at the world like this?’ That’s why, from the beginning of our species’ ever-spreading existence, sculpture has been central to the evolution of our potential for thinking and feeling.

MG: I can see why that Assyrian lion or lamassu would have caught your eye when you were a boy. It’s like something out of the Harry Potter books, or C. S. Lewis’s Narnia chronicles, but eleven and a half feet high and formidably real-looking.

Its purpose was to protect the entrances of buildings and important inner spaces such as throne rooms. Here, huge and astounding, was the deity that evolved into the cherubim of the Bible: an imagined being towering above you with its dignified, bearded head, lion’s – or sometimes bull’s – body and outstretched wings.

AG: In fact it also had a structural purpose: to be one of the cornerstones holding the mud-brick walls at the primary entrances of Ashurnasirpal’s palace.

MG: So, like innumerable sculptures from many times and places, the lamassu had a practical job to do: buttressing part of a building. But it was also performing another task, to do with thought and feeling. It was there to awe the people who passed through the portal it guarded. And because of its physical nature it had certain limitations, but also potential.

There was no question of a winged lion like this standing freely on its own alabaster legs. It would snap immediately. On the other hand, the makers of the carving took advantage of the fact that it was a large three-dimensional entity in space that people would first approach from in front, then walk past. Viewed head-on, it seems to be standing firmly, but as you go by the beast, it, too, seems to be walking. To get this effect its makers combined two moments in time – like two frames from a film – and consequently, if you look at it from the side and front simultaneously it seems to have five legs. Whenever you examine any sculpture from another angle you are likely to make discoveries like that. 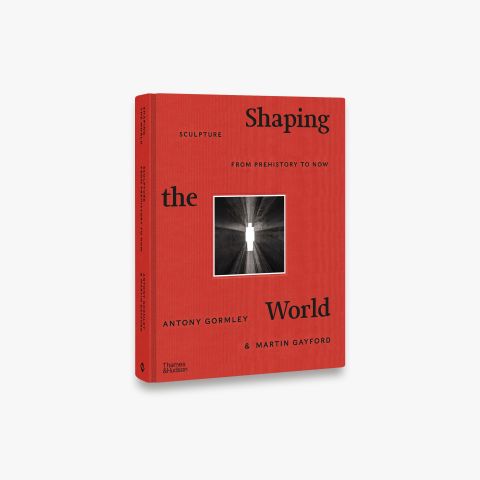 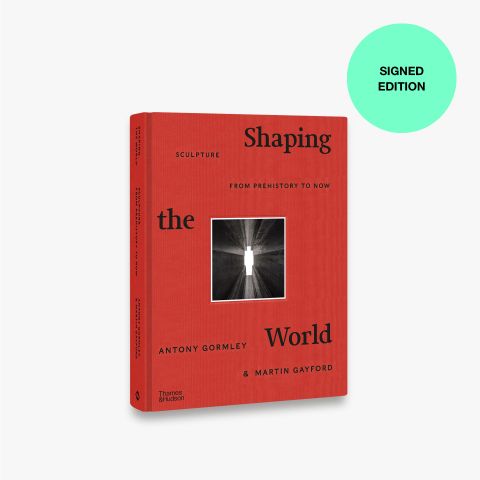 Sculpture from Prehistory to Now Antony Gormley, Martin Gayford Out of stock
+