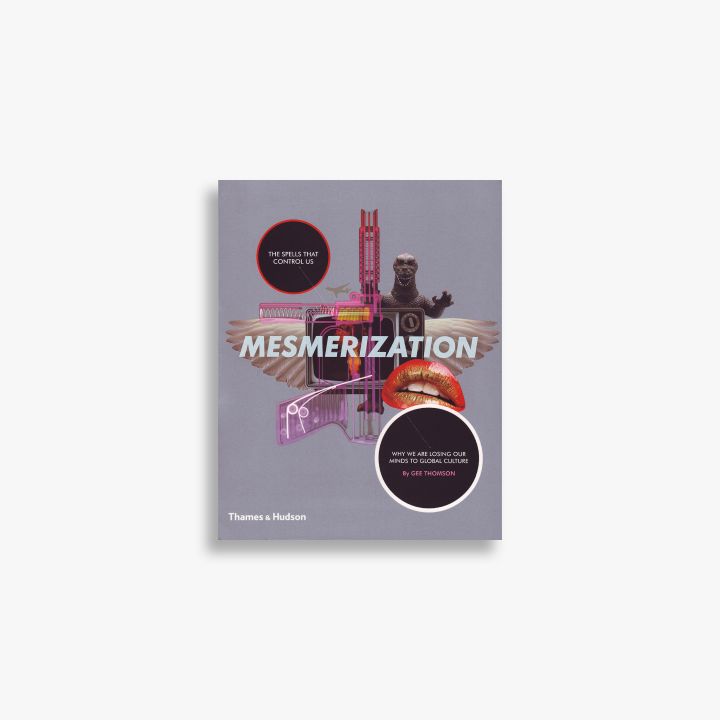 The Spells that Control Us: Why We are Losing Our Minds to Global Culture

In the modern Western world, hundreds, if not thousands, of contagious ideas spread by word of mouth or through the media – ‘spells’ or ‘memes’ – make up contemporary culture and affect just about every aspect of our daily life. Some of the most powerful of these ‘spells’ form the core of Mesmerization. In this highly visual publication, the many facets of each spell are dissected and analysed within a unique graphic formula that exposes and encapsulates its meaning and purpose.

The most successful of such constructs are the creation of the media – the image-makers, advertising executives, newspaper editors, creatives, designers, photographers and film producers who make up the ranks of the creative elite. Their dreams of affluence, comfort and wellbeing are being emulated the world over. More than we know, they determine what we believe, how we behave and think, and control our decisions as to what gets made, what gets seen, what gets heard.

But there are cracks in this wonderland. Psychological disorders, drug dependency, obesity, gun crime and social addictions are on the rise. Worldwide, the gaping disparity between rich and poor nations, religious unrest, disease and famine, resource scarcity and fears over climate change head the agenda. The influence and aspirations of our lifestyles are central to these issues.

How can we make headway in confronting our wider realities when we have an image machine that is totally at loggerheads with the need for restraint? By revealing the collective power of these insidious cultural influences, Mesmerization is a challenge to the creative industry, to those who control the motivational drivers underpinning the global psyche. In their hands rests the ability to change and transform future behaviour. This publication provides the catalyst.

Gee Thomson, a graduate of Central St Martins, has worked within several media companies, including the BBC,Thames Television and Pearson Ltd. He co-founded Contagious magazine, which is now recognized as a worldwide authority on new media and future creative strategies.