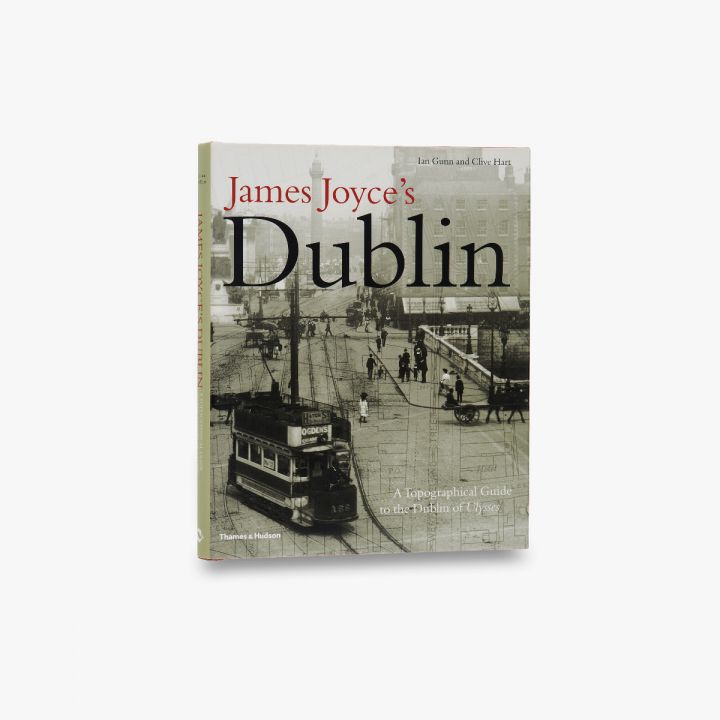 A Topographical Guide to the Dublin of Ulysses

An invaluable guide to James Joyce's Ulysses which includes commentary, maps and photographs to enhance the understanding of this great novel

Previous Lives of the Great Modern Artists
Next George III

Ulysses is, among other things, one of the most realistic novels ever written. Commentary on it has often focused on its important place in the history of modernism, its break with narrative convention, its exploration of the dilemmas of life in the twentieth century, or its concern with Irish nationalism.

In James Joyce's Dublin, Ian Gunn and Clive Hart examine instead the importance of its basis in physical fact. The characters, many of them Dubliners appearing under their own names, visit shops and pubs which can be precisely located in the streets of Dublin. Despite the refurbishment of the city in recent decades, some of those establishments remain.

James Joyce's Dublin offers a full account of them all and analyses their significance in the narrative. This close scrutiny reveals many otherwise hidden relationships and ironies. Although most of Ulysses is a linear narrative, there is a wealth of cross-correspondences, many of which depend for their effect on a knowledge of who is doing what, and where, while other characters are otherwise engaged. Accordingly, the authors offer a detailed timetable of the book's action, relating event to event.

James Joyce’s Dublin includes an analysis of Joyce's use of use of Thom’s Official Directory of the United Kingdom of Great Britain and Ireland; an account of the characters' movements episode by episode; an alphabetical list of the postal addresses of characters and places; a timetable of corresponding events; a note about unresolved problems; a detailed set of maps based on originals from early in the twentieth century; and a selection of historical illustrations, mainly of places and monuments that no longer survive.

These tools enable the reader to approach more fully the perspective of the native Dubliner in 1904 and enhance the delights - and the understanding - of Joyce's great novel.

'A wonderful series of maps, timetables, floorplans and photographs … the book brings all kinds of unexpected delights and it is a deep insight'
The Times

Ian Gunn is a co-founder of the Split Pea Press, which has published a number of Joyce related titles.

Clive Hart was editor-in-chief of a A Wake Newslitter, a journal devoted to the explication of Finnegans Wake.