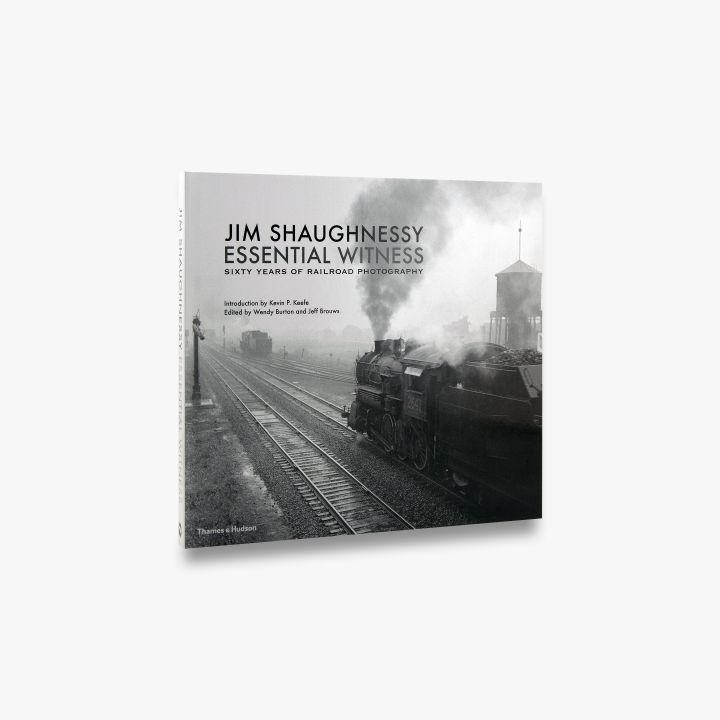 Jim Shaughnessy is an essential witness to six decades of change in North American railroading, from the late 1940s into the 21st century. His photographic achievement is one of the pinnacles of railroad photography as a genre, which he along with others of his generation raised to the level of art, worthy of consideration beyond the world of trains and the interest of rail fans.

The early years of his career coincided with the dramatic shift in the railroad industry from the steam locomotive to the diesel. During those transition years of the 1940s and 1950s, Shaughnessy was there to record every nuance and every detail with uncommon insight and unrelenting dedication. Shaughnessy loved steam, but he also embraced diesel. It was a period of transition, and it would only happen once, and he made the most of it, for he understood that he was a witness to history.

Born and raised in Troy, New York, a city with a deep industrial heritage rooted in iron and steel, Shaughnessy began by documenting the railroad scene in the Northeastern United States. His interests and travels also took him to other areas of the country to document the Rio Grande narrow gauge in Colorado and the UP Big Boys in Wyoming, and into Canada and Mexico as well. He distinguished himself from the previous generation of railroad photographers by thinking more photographically and exploring the creative potential of the medium, challenging the conservative vision that had dominated railroad photography through to midcentury. This led him to see beyond the trains themselves to visually interpret the industrial and cultural landscape through which they moved. And so he documented the railroad environment, set within village, town and city as well as rural and wilderness landscapes. He not only photographed the trains and locomotives, but contextualized the railroad by depicting the personnel, the infrastructure and architecture, documenting for posterity the workers behind the machines that operated in the depots, roundhouses and back shops. He captured a sense of place and time in astutely observed moments during both day and night and in all seasons. Particularly striking are his images of trains at night: as Lucius Beebe once described Shaughnessy’s work ‘he was master in the massive effects of black and white.’

Drawn from a lifetime’s work and an archive of some 60,000 images, the book’s principal focus is on the decades of the 1950s and 60s, perhaps the most dynamic era of North American railroading.

Jim Shaughnessy is one of the most influential forces that reshaped American railroad photography in the 1950s. He started shooting trains and the railroad environment in 1946 and is still active today. Shaughnessy’s work has appeared in over 100 books and has been featured in Trains, Railroad, Railfan and Classic Trains. He authored the seminal works Delaware & Hudson (1967) and The Rutland Road (1964), which remain in print. He was awarded a lifetime achievement award for photography from the Railway and Locomotive Historical Society in 1987.

Kevin P. Keefe was editor in chief of Trains magazine from 1992 to 2000. Subsequently he was the publisher of Trains and vice president-editorial of its parent firm, Kalmbach Publishing Co., until he retired in 2016. He is a director of the Center for Railroad Photography and Art. His award-winning book Twelve Twenty-Five: The Life and Times of a Steam Locomotive, was published in 2015.