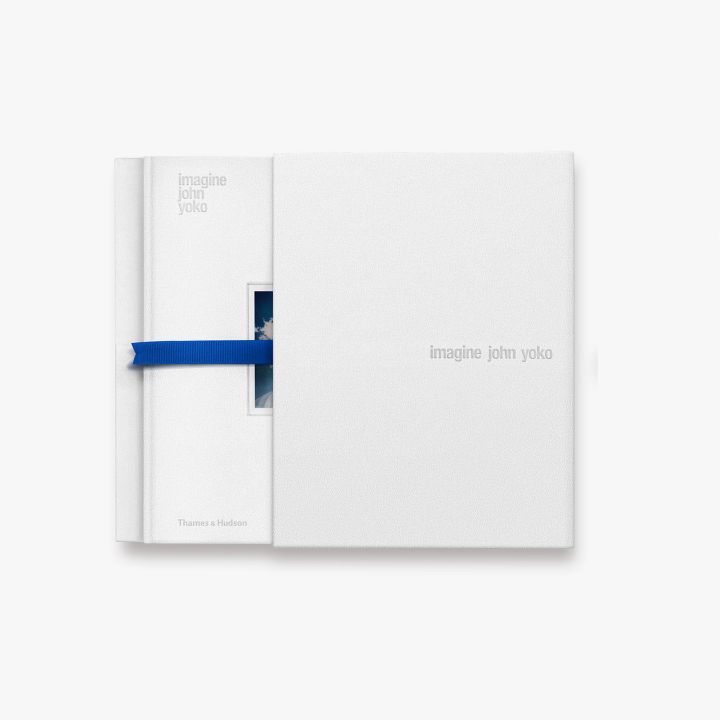 In 1971, John Lennon & Yoko Ono conceived and recorded the critically acclaimed album Imagine at their Georgian country home, Tittenhurst Park, in Berkshire, England, in the state-of-the-art studio they built in the grounds, and at the Record Plant in New York. The lyrics of the title track were inspired by Yoko Ono’s ‘event scores’ in her 1964 book Grapefruit, and she was officially co-credited as writer in June 2017.

All the minutiae is examined: the locations, the key players, the music and lyrics, the production techniques and the artworks – including the creative process behind the double exposure polaroids used on the album cover.

With a message as universal and pertinent today as it was when the album was created, this landmark publication is a fitting tribute to John & Yoko and their place in cultural history.

• An expanded copy of the book Imagine John Yoko bound in real cloth, with 150 additional illustrations, more artworks from the ‘This Is Not Here’ exhibition, an additional chapter devoted to the singles from the period, and six, almost 1 metre-long gatefolds of panoramas stitched together from rare film outtakes.

• The print is of an unused photographic proof of the Imagine album artwork by Yoko Ono.

• This edition is limited to 2,000 copies worldwide, plus 10 copies retained by the artist, inscribed i-x 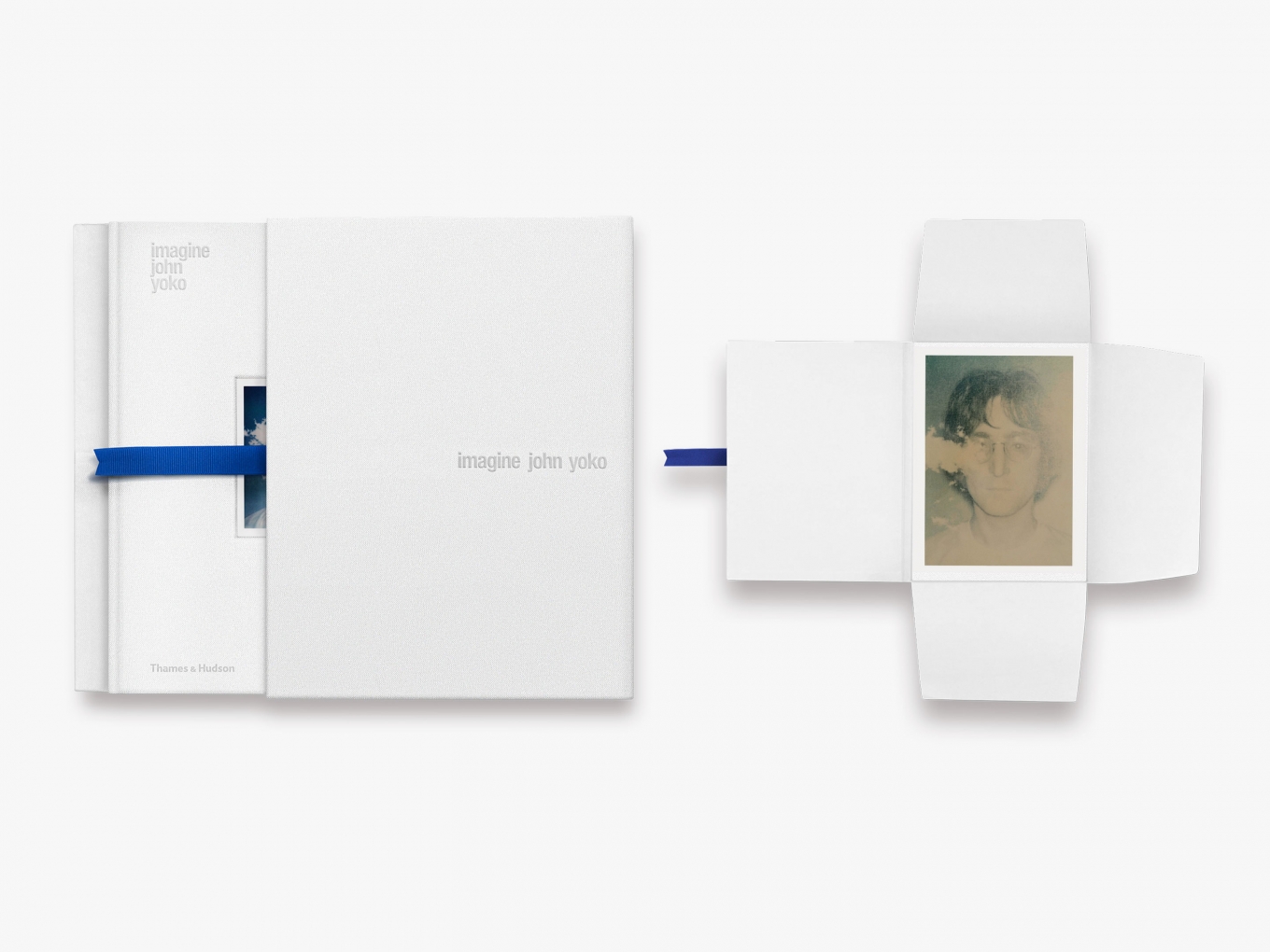 John Lennon (1940–1980) was an English singer, songwriter and peace activist who co-founded the Beatles, the most commercially successful band in the history of popular music.

Yoko Ono is a globally renowned multimedia artist, singer, songwriter and activist. She married John Lennon in 1969 and became his creative partner and muse. She continues to work to preserve his legacy, funding, among other projects, Strawberry Fields in Manhattan’s Central Park, the IMAGINE PEACE TOWER in Iceland and the ‘Imagine There’s No Hunger’ campaign. 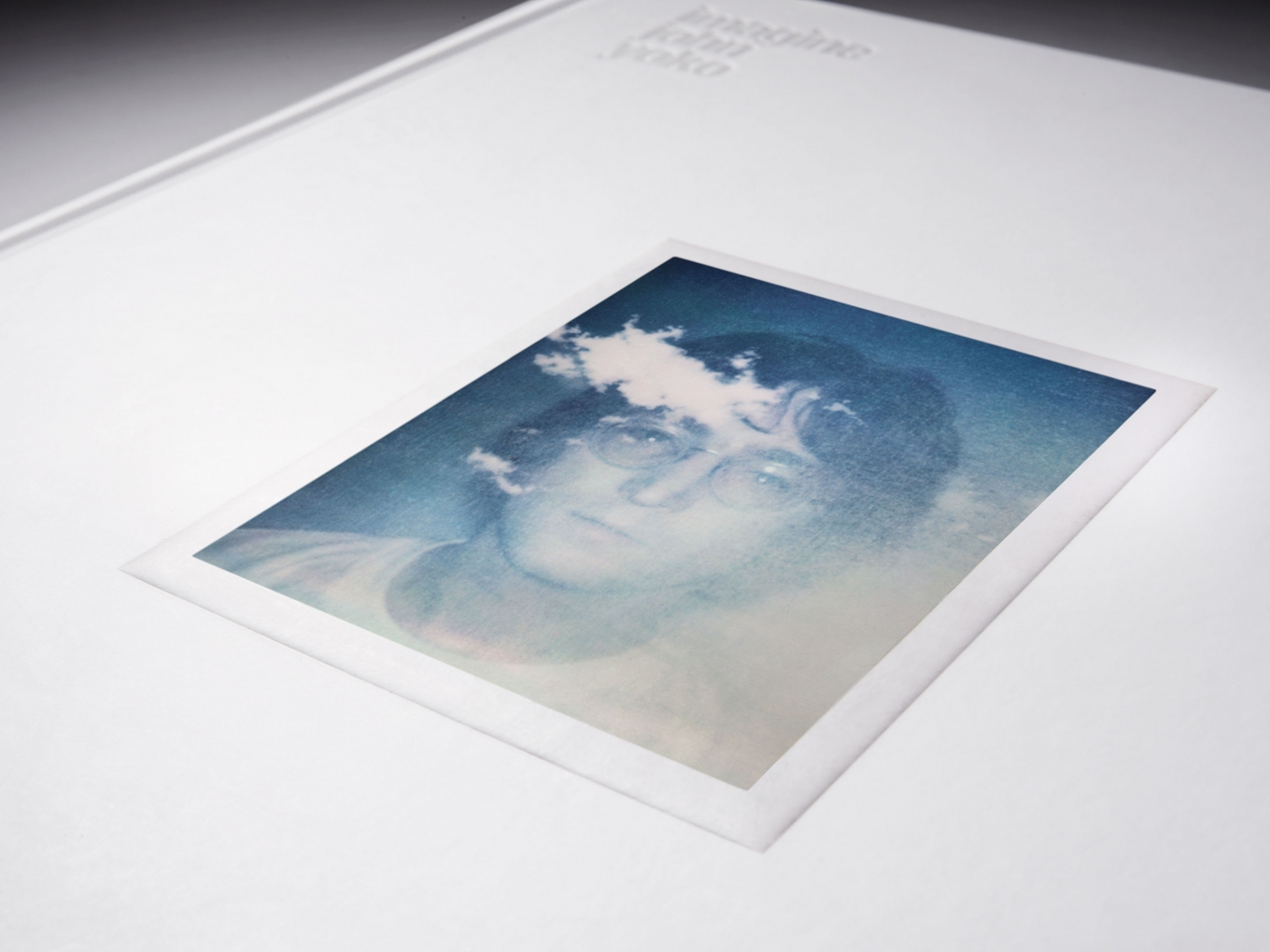 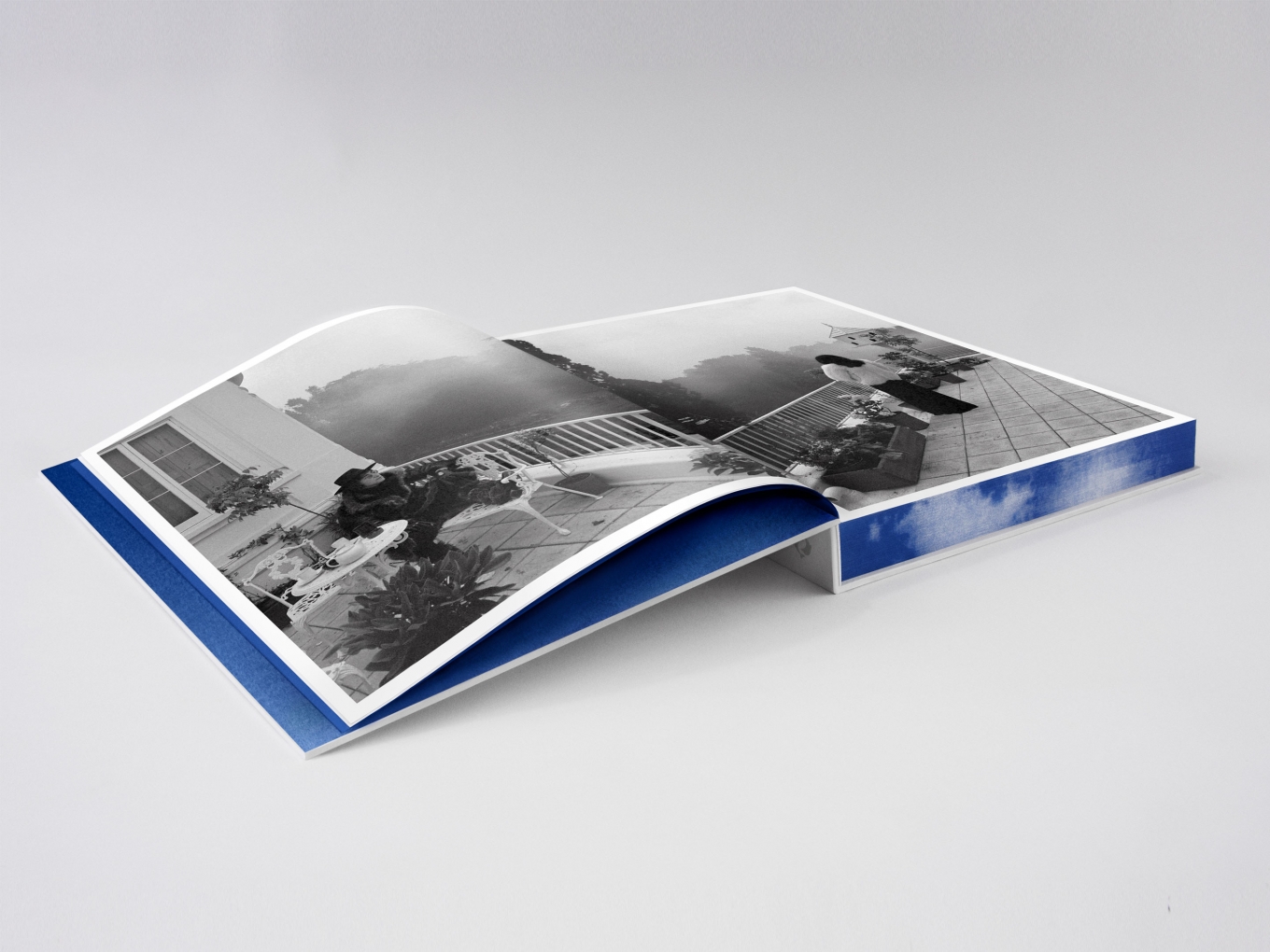 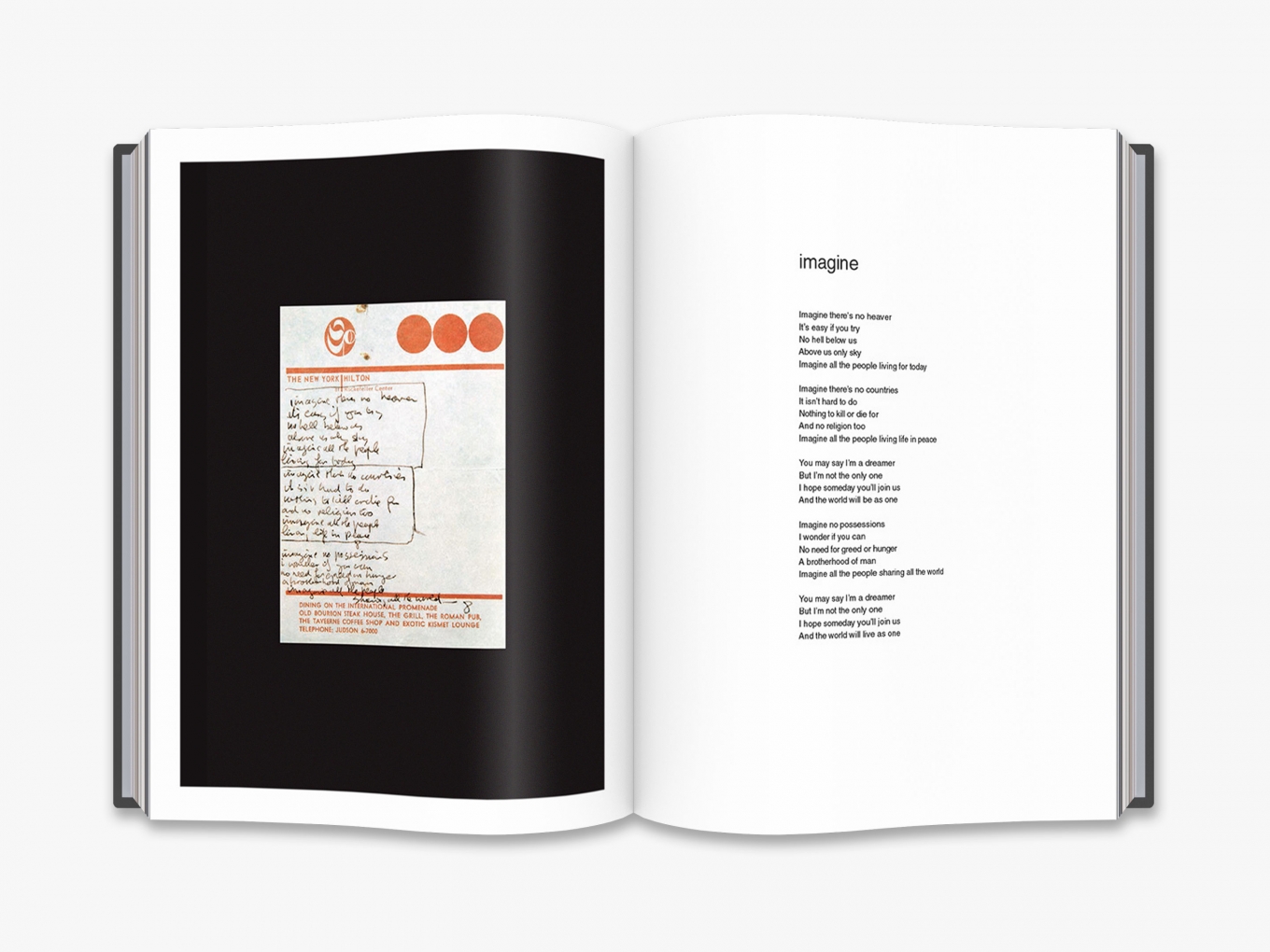 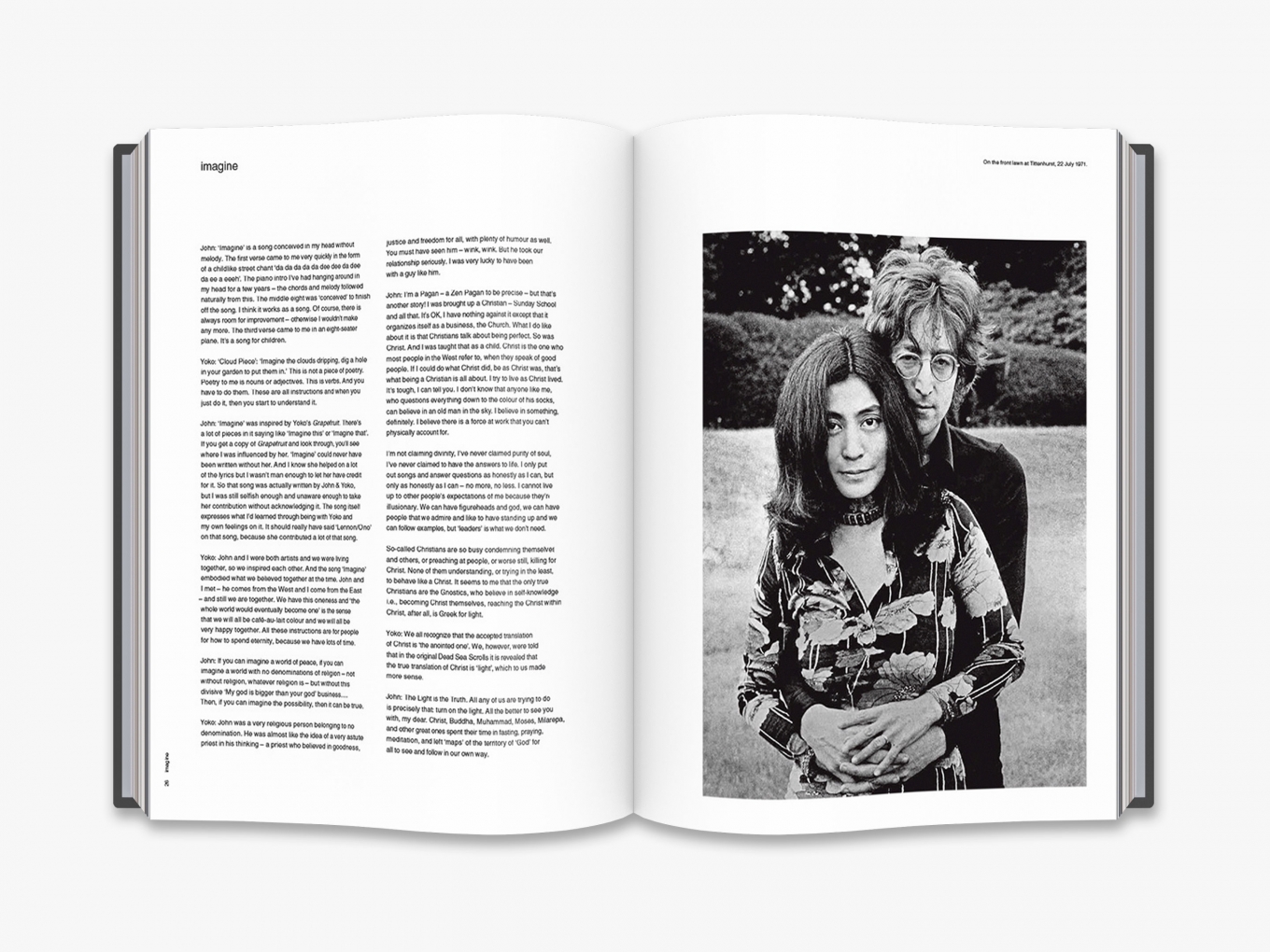 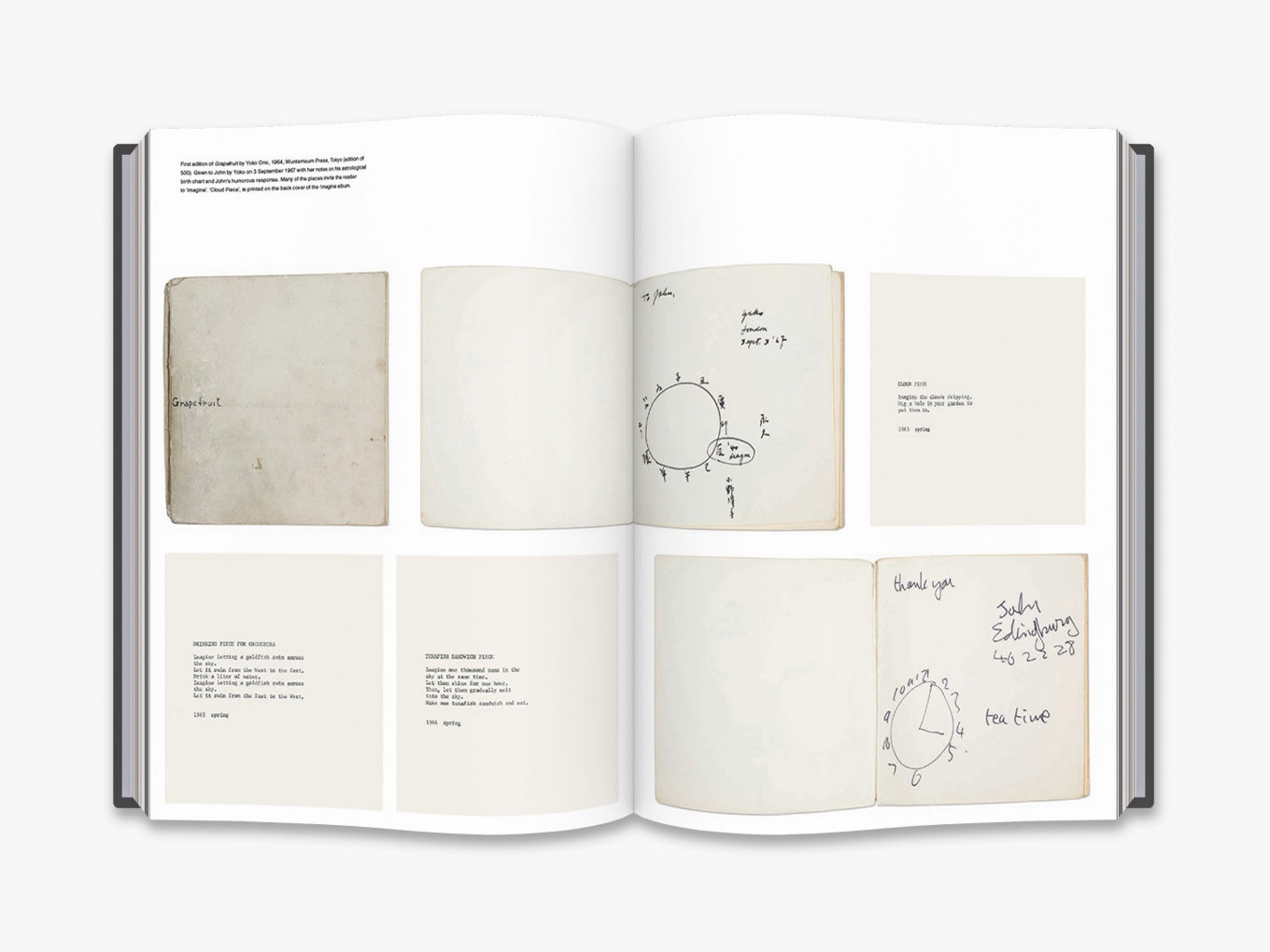 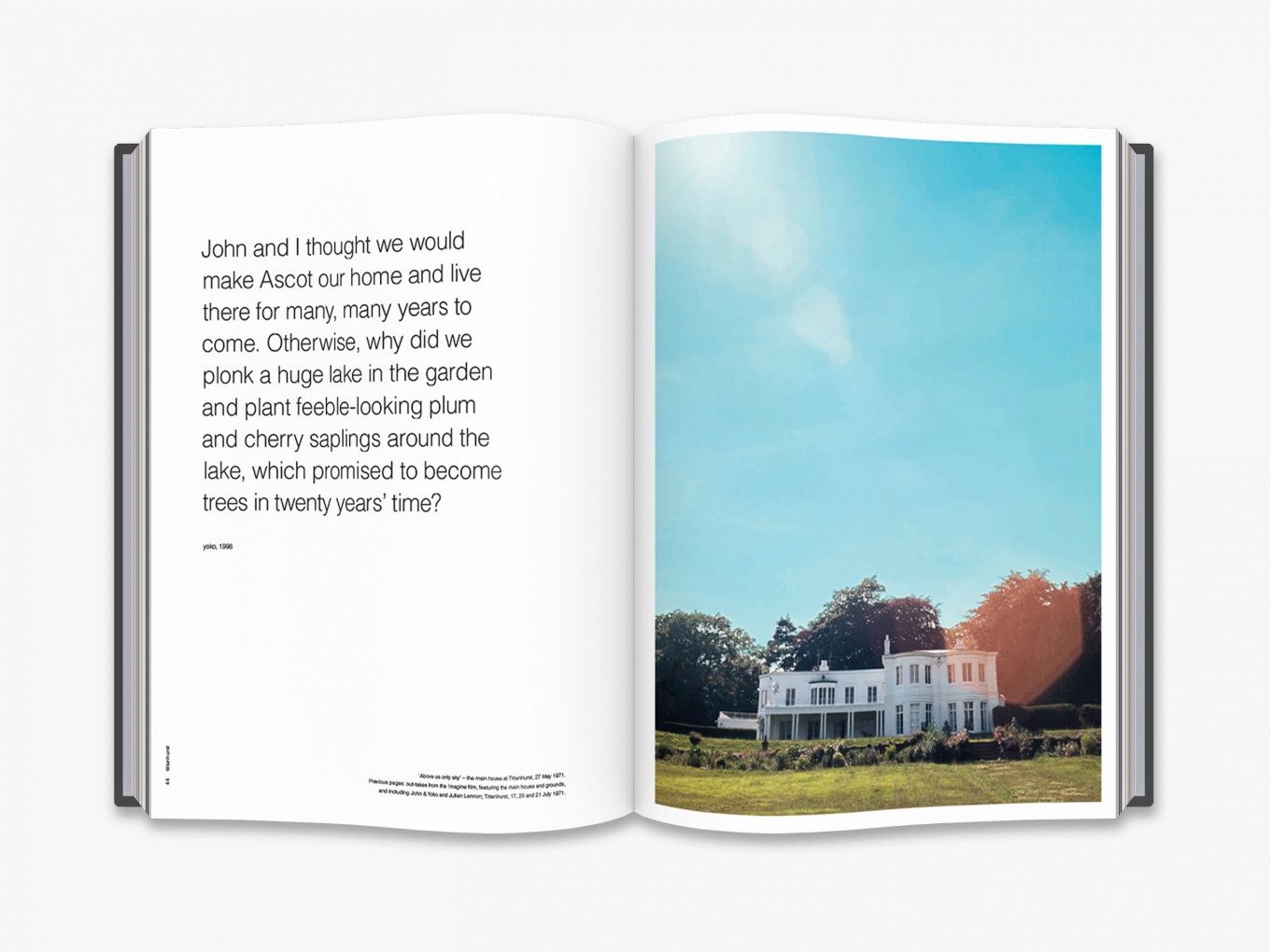 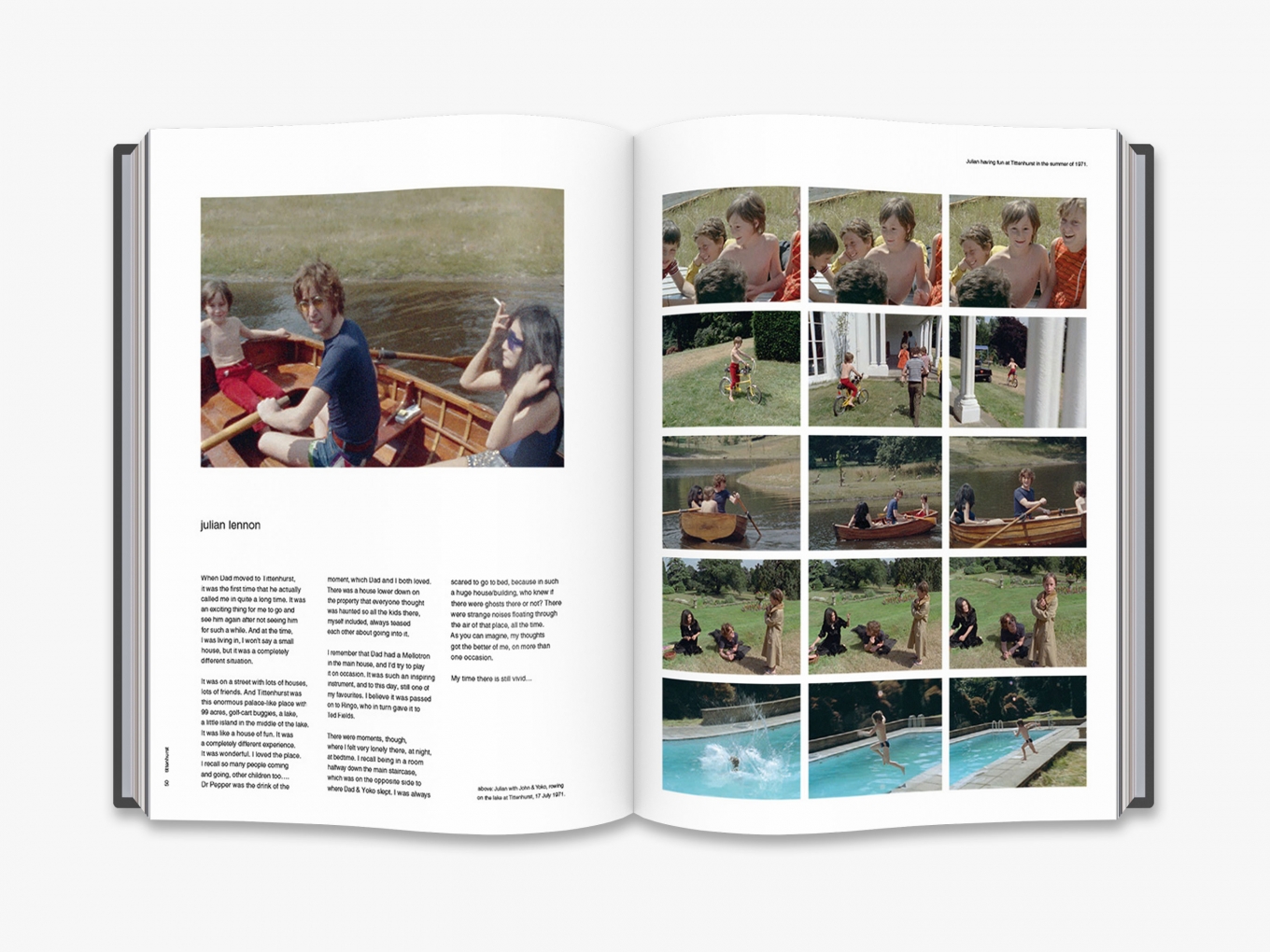 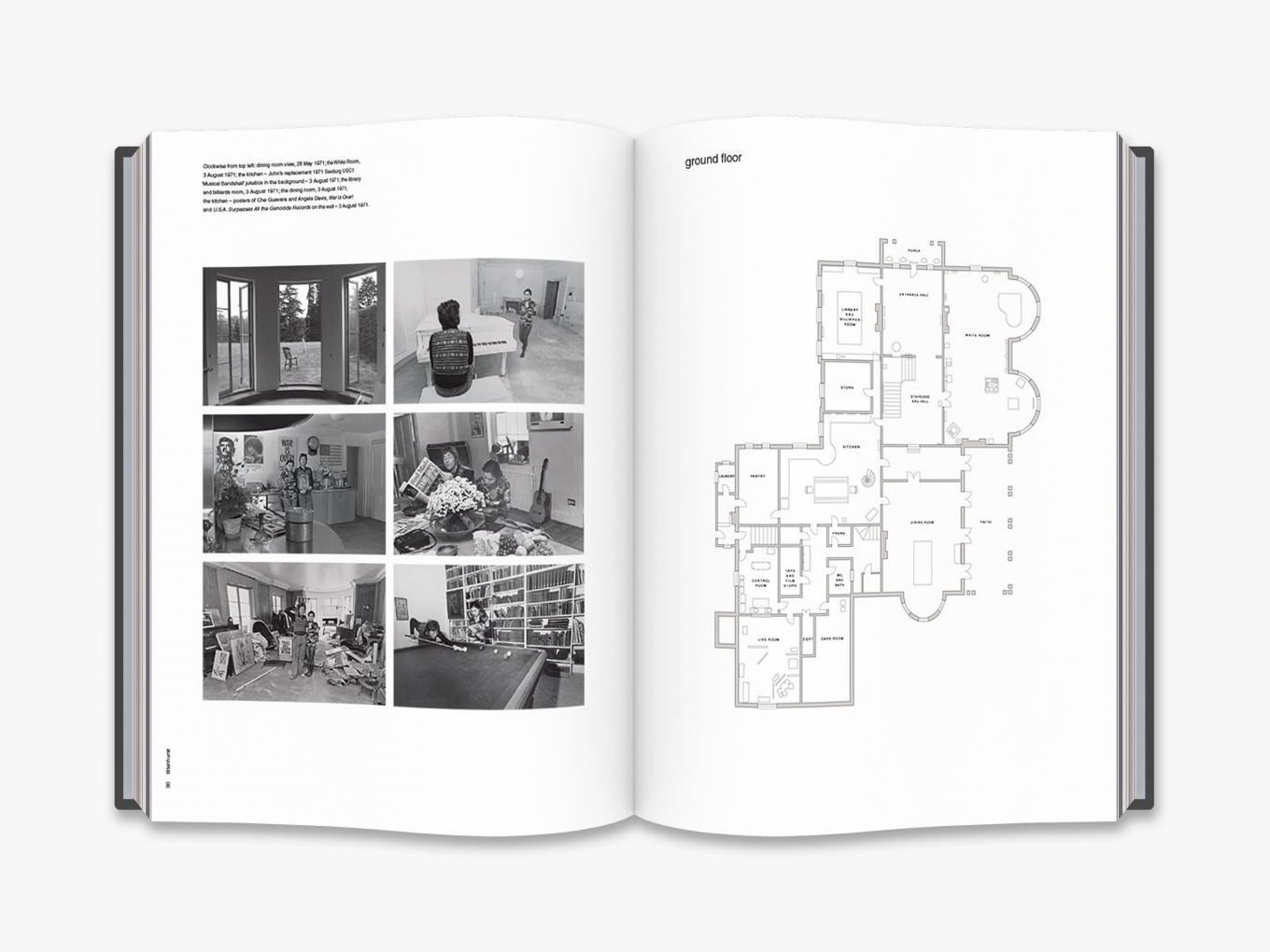 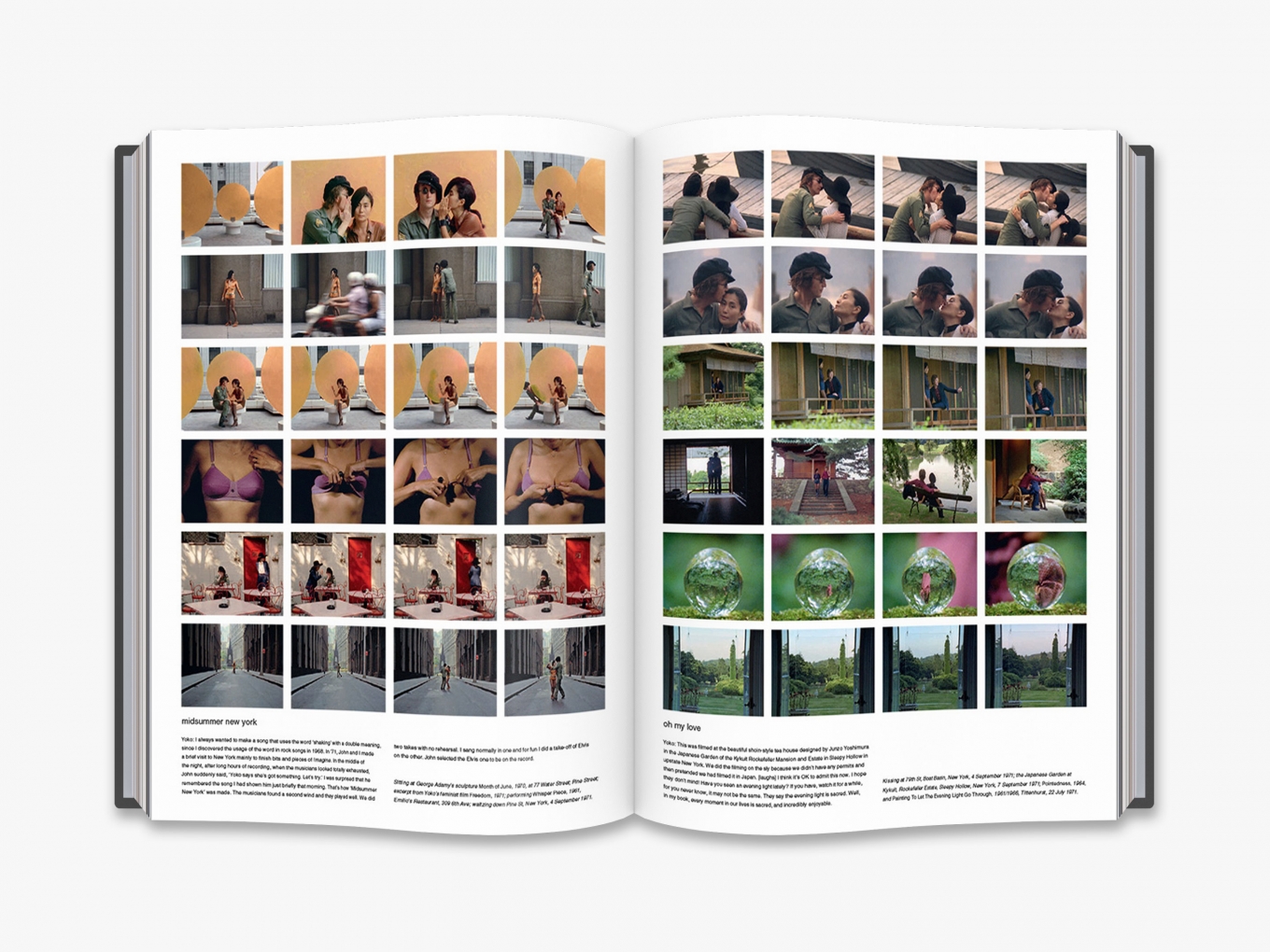