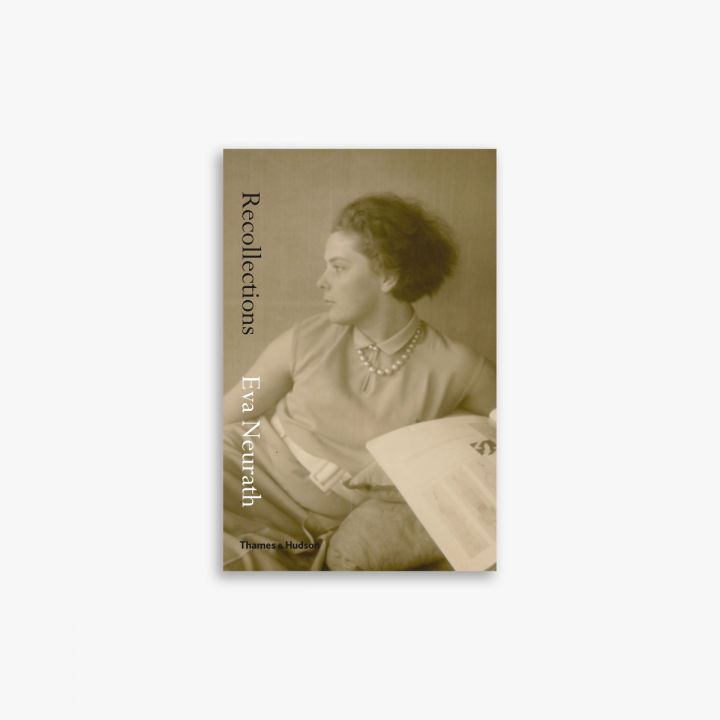 The life story of Eva Neurath, co-founder of Thames & Hudson

‘…the elegant joy with which she lived her life came to her so naturally – in the delight she took in the highest forms of culture, especially music, in her house in Italy surrounded even in the hottest summer by its cool green lawn, in her always beautifully styled appearance, but above all in producing at Thames and Hudson books that attested to her great respect for high culture – one might have imagined nothing had happened to her to cause anything but total delight in the world’ David Plante

Eva Neurath, co-founder of Thames & Hudson, wrote this memoir for her granddaughters, and it is a private story of a remarkable 20th-century life. The youngest child of a principled and avant-garde mother and a Jewish father, she was born in Berlin and grew up there in the Twenties, in the world of Marlene Dietrich and Leni Riefenstahl, when anything was possible. Her wide knowledge of the fine arts was the result not of any formal education but of her work for art dealers, at a time when great collections were changing hands. Her mother for a time had a gallery for contemporary artists, and through other relatives she knew the world of music.

But this was a world in the grip of traumatic change. Pursued by the Gestapo, Eva, her second husband Wilhelm Feuchtwang and their baby son Stephan left Berlin in 1938, first for Rotterdam, then London. Wilhelm was interned in the Isle of Man, and Eva was at her wits’ end. Then came another change: she was visited with a message from her husband by Walter Neurath, an Austrian art historian and publisher who had come to England earlier and also been interned, but was soon released to continue his publishing of books for Adprint, where he had created the ‘Britain in Pictures’ series. Offered a job by Walter, Eva grasped the opportunity to re-create herself in her own right as picture researcher, layout designer and art director. In 1949 they founded a new publishing house, Thames & Hudson, and married in 1953. Her life with Walter moved in circles of art, archaeology and history, among friends including Henry Moore, Harold Acton, John Julius Norwich and Roy Strong.

The memoir ends in 1981, but Eva’s work continued until 1999, the year she died, and the story is filled out by her son, Stephan Feuchtwang.

The book is illustrated with photographs from Eva Neurath’s family albums.

The first nine years • Postwar, the worlds of music and art, and Ernst Jutrosinski • Good things – Wilhelm Feuchtwang and Stephan – and bad • In London, 1939–1949: introduced to Adprint • Walter Neurath, and Thames and Hudson • Afterword by Stephan Feuchtwang • Family tree • Notes on the family tree

Stephan Feuchtwang is Eva Neurath's son and Emeritus Professor of Anthropology in the London School of Economics.