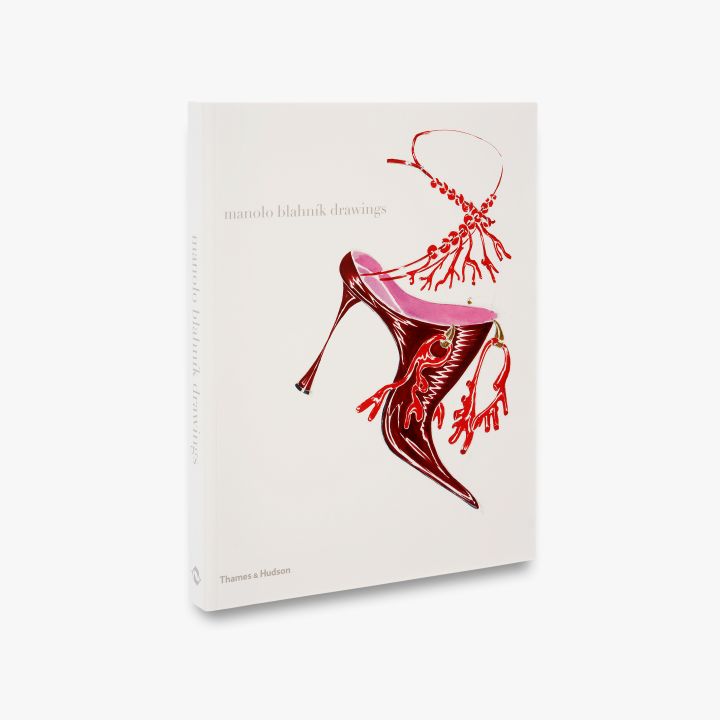 Previous Knitwear in Fashion
Next Fashion Illustration Next

Manolo Blahnik's shoes inspire fanatical devotion. Diane Von Furstenberg has hundreds of pairs; Paloma Picasso has been a fan since she was fourteen; Bianca Jagger, Anna Piaggi and Kate Moss are fellow addicts. His career begin in 1971 when he showed his sketches to Diana Vreeland, legendary editor of American Vogue. Admiring one particularly whimsical drawing of a shoe that crept up the ankle and became entwined with ivy and cherries she said, ‘You should do shoes.’ And so he did.

Here are over one hundred and twenty of the exuberant, colour-rich sketches that Blahník makes at the outset of the design process, executed with such verve and deftness that they have become as sought-after as the shoes themselves. Inimitable in style, beautifully reproduced in this book with special inks, they vividly convey Blahník’s unique vision.

The foreword by Anna Wintour, Editor in Chief of American Vogue, and contributions by André Leon Talley, Editor at Large of American Vogue, Michael Roberts, Fashion Editor of The New Yorker, and Anna Piaggi, Creative Consultant of Italian Vogue, provide valuable insights into the man behind the shoes. These are complemented throughout the book by the comments of a host of admirers including David Bailey, Suzy Menkes, Mario Testino and Sarah Jessica Parker.

For anyone who has ever coveted a pair of ‘Manolos’, or indeed has the slightest interest in fashion or draughtsmanship, this book is destined to become a classic.

Anna Wintour is the editor of American Vogue.

André Leon Talley is a former editor-at-large of American Vogue.